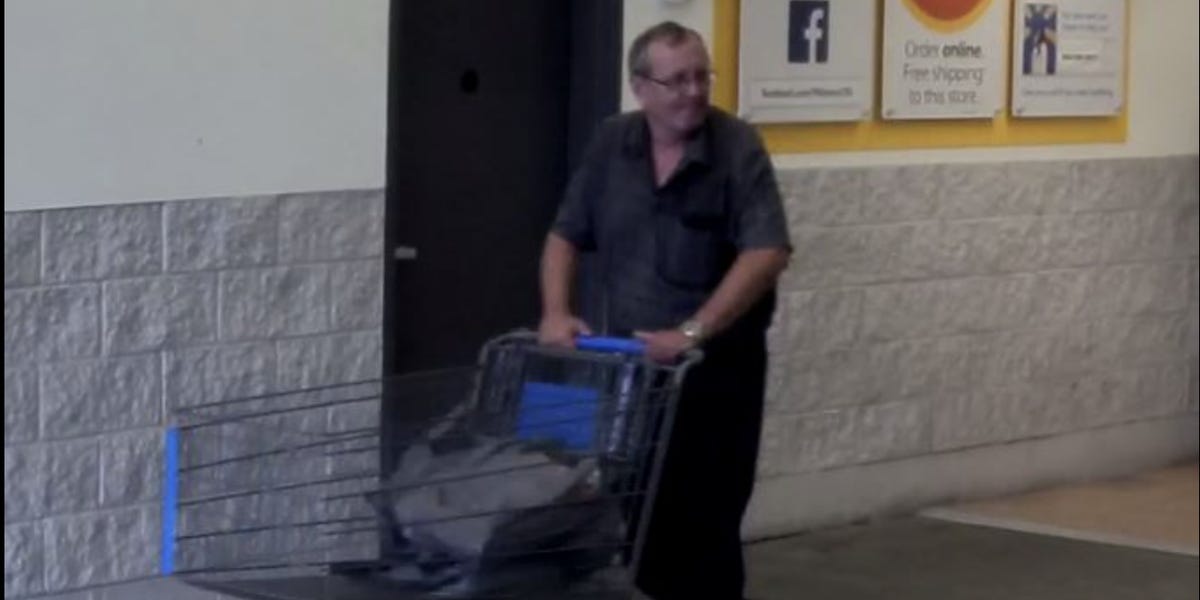 Access your favorite topics in a personalized feed while on the go.

Police are searching for a man in Alabama who is suspected of trying to kidnap a child from a Walmart with his mother.

A mother said she was wary of an unknown elderly man who gave her young son a high-five at the grocery store, according to AL.com. It is said that he then grabbed her trying to get her son out of his shopping cart, police said.

Tiffany Rush told AL.com that she was in line shopping for herself and her three-year-old son Mason when the man approached them and gave Mason a high-five, which she thought would calm him down because he was throwing up. anger.

“I was fine with that but I kept staring at him,” Rush told AL.com.

Rush said the man told Mason, “We’re going to my truck,” and pulled him out of his shopping cart and into his own, according to Al.com. Rush said at first he wasn’t sure if the man was serious and that the moment felt like “a TV show.”

“You don’t touch somebody’s kids like that,” Rush told AL.com. “I couldn’t believe it.”

“He was trying to get her,” Rush said. “It was very scary. I have four other children and I have never experienced this before.”

The Attalla Police Department received a report around noon Thursday about an elderly man who took a child from a woman’s shopping cart and put him in his own shopping cart before the child’s mother grabbed him and put him back in her shopping cart, the department said in a statement.

Police say they have identified the man as a truck driver who works for an Illinois-based trucking company and are “working with multiple government agencies to locate the driver and interview him,” according to the statement.

Rush said he went to the Attalla Police Department to file a report and didn’t feel he was taken seriously at first. The police in their statement said that they have processed “several hours” of security camera footage to identify the man and are in the process of finding him.

The Attalla Police Department did not immediately respond to Insider’s request for comment.