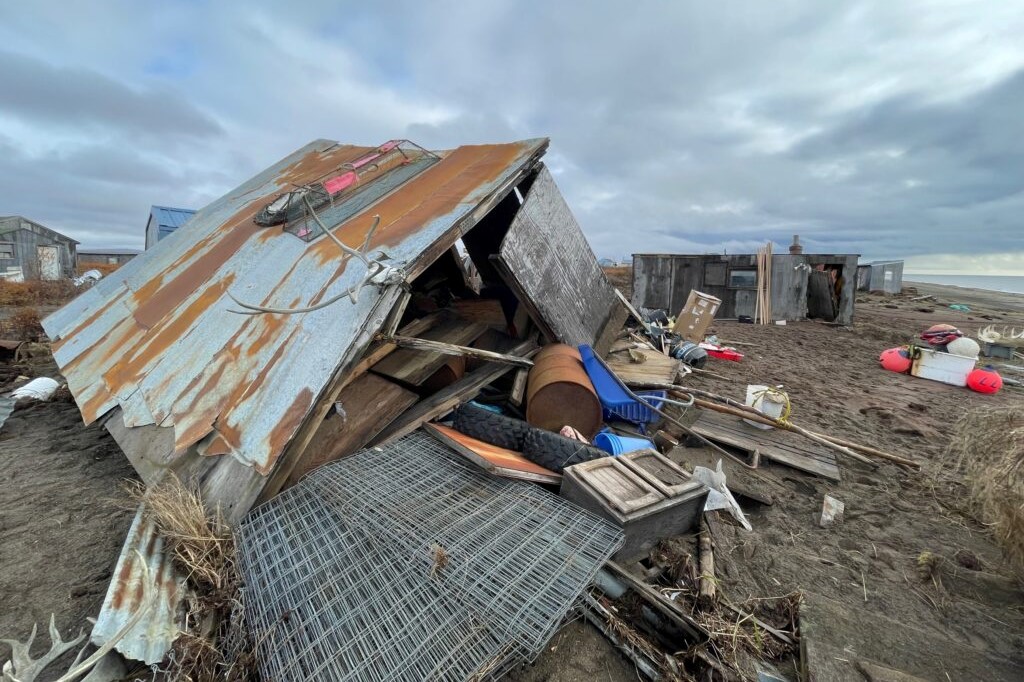 Human-caused climate change is rapidly transforming the Arctic, and Arctic residents are dealing with the effects of other regions, such as typhoons, wildfires and more rain.

These were some of the findings of the annual Arctic Report Card, produced by the National Oceanic and Atmospheric Administration. NOAA Administrator Richard Spinrad said the changes are seen in reduced sea ice, plankton blooms, mass die-offs of seabirds, coastal erosion and damage to Arctic communities.

“I can’t overstate this, but the rapid warming of the Arctic is affecting the more than 400,000 indigenous people who live there, and in many cases it’s changing their entire way of life,” Spinard said.

This year, for the first time, the Arctic Report includes a chapter on the impact on indigenous peoples. Jackie Schaeffer, director of climate initiatives at the Alaska Native Tribal Health Consortium, is one of the authors.

He said locals are witnessing the kind of changes that have taken place over many generations in their lifetimes. Schaeffer, who is originally from Kotzebue, said that what his town has endured is a reason for optimism.

“The fact that I could still fill my freezers and eat food that my ancestors have eaten for 20,000 years is hopeful,” he said. “I want to make sure that this collaboration with science is there so that the next 500 generations can have the same hope.”

The Arctic is warming twice as fast as the rest of the world and the Arctic report card documents several indicators. Last year, Arctic surface air temperatures were the sixth warmest since 1900. The authors of the reports say that the last seven years are collectively the seven warmest years since the beginning of the last century.

[Sign up for Alaska Public Media’s daily newsletter to get our top stories delivered to your inbox.]