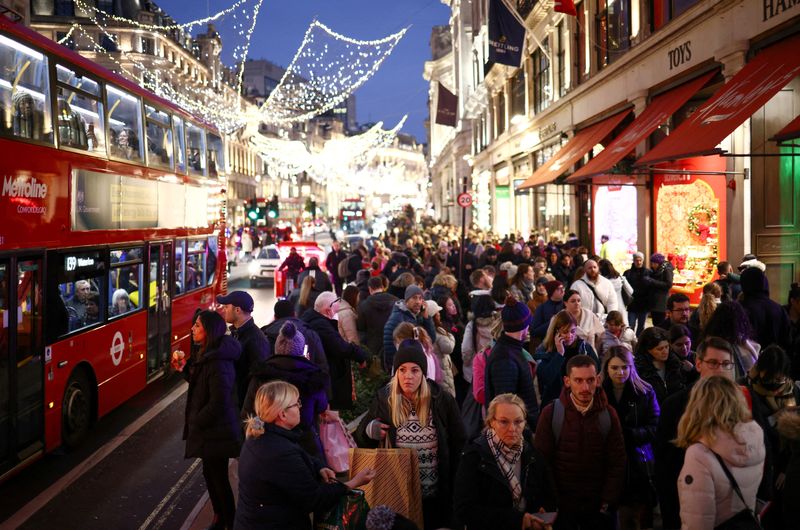 LONDON (Reuters) – British shops were hit by a sharp drop in consumer numbers this week, a key time for Christmas trading, as snowy weather and a rail strike prevented people from going out, researcher Springboard said on Friday.

It said shopper numbers, or footfall, at UK retail outlets from Monday to 1100 GMT on Friday were down 7.5% from the previous week.

“The impact on highways will be caused by a mix of workers choosing to work from home due to the train strike, and the cancellation of shopping and leisure trips. The cold may also play a role,” he said.

On a year-on-year basis, the figure has fallen by 3.8% so far this week, it added.

With UK inflation running at 10.7% and consumer confidence near record lows, retailers are already fearing a quiet Christmas trading period, with many surveys showing most shoppers plan to do less holiday shopping this year.

Many British retailers, including Marks & Spencer and Primark, have warned of the prospect in recent months, highlighting the pressure many families are feeling as cost-of-living pressures eat into their finances.