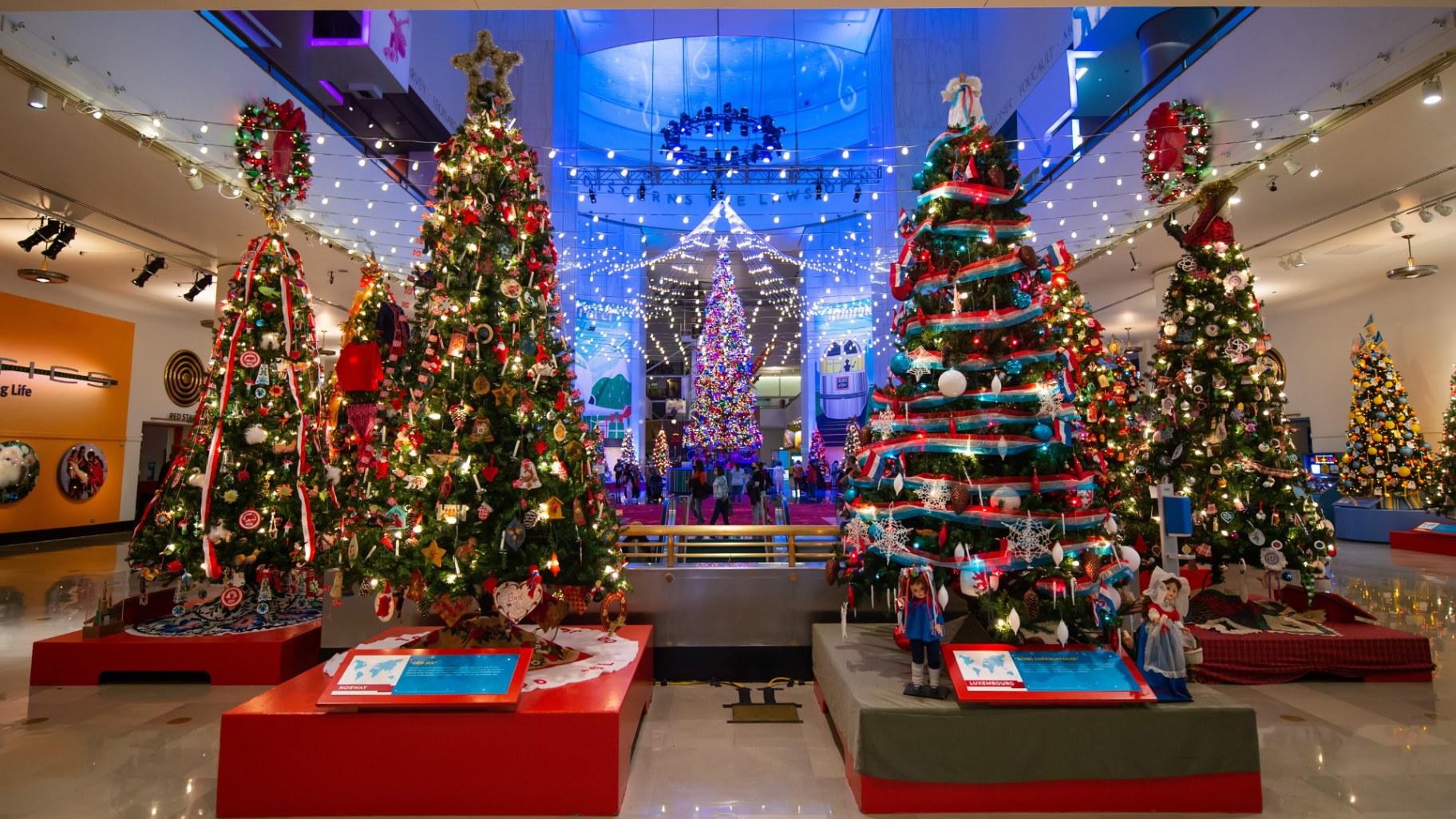 The Chicago holiday season is made for memories, from annual traditions to once-in-a-lifetime experiences.

Whether you’re taking in a light show or enjoying a hot chocolate after an afternoon of ice skating, there’s something for everyone.

We have rounded up some important points of the season; for more information click on the links provided.

Millennium Park will be the focus of activities this holiday season:

– On Friday evenings, join the singers, from November 25 to December. 16

— Ice skating is open, weather permitting, through March 5 at both Millennium Park and the nearby Maggie Daley Park rink.

While you’re downtown, stop by the Art Institute for a photo op with the museum’s famous costumed lions and catch the holiday window display at Macy’s State Street store.

Santa, his reindeer and elves will travel through Chicago on a covered train, stopping at train stations between November 25th and December 20th. The train will first go on the Green Line, followed by the Orange and Brown. then the Red and Purple Lines, the Pink Line, the Blue Line and finally the Yellow Line.

Its companion, the CTA Holiday Bus, will appear on several routes between November 29 and December 23.

For nearly 40 years, the Music Box Theater has been showing the holiday classics “It’s a Wonderful Life” and “White Christmas,” with a twist. Before the curtain goes up, the house organist leads moviegoers through a catalog of treasured Christmas carols. Fa-la-la-la-la

Modeled after traditional German outdoor holiday markets, the Christkindlmarket offers a taste of Europe in the Midwest. Aurora’s location is new this year. In Wrigleyville, visitors can go next door (with a ticket) to Winterland at Wrigley Field.

Load up the car and head to ChiTown Movies to catch “Home Alone,” “Elf,” “Christmas Vacation” and more on the big screen. If ChiTown’s lineup is any indication, yes, Virginia, “Die Hard” is a Christmas movie.

Guests can walk through the 600-foot Tunnel of Lights synchronized to the music of Brookfield Zoo’s Holiday Magic. (Courtesy of CZS-Brookfield Zoo)

The zoo’s miles of lights and illuminated animal sculptures have been delighting visitors for over 40 years. Additional features include a skating rink.

Until December 29: Kohlights at the Kohl Children’s Museum, Glenview

Dubbed “Memertastic,” the museum’s interactive light and color display is a holiday wonder for kids. Displays include Lollipop Light Lane and a 360-degree beam area.

The Nutcracker 2021 from Art on theMART on Vimeo.

Until December 30: The Nutcracker, Art in the Market, Merchandise Market

See scenes from the Joffrey Ballet’s production of The Nutcracker projected on the Merchandise Mart’s massive screen.

Enjoy a dazzling display of lights in the heart of Chicago. The festivities also include ice carvings, photos with Santa and carolers. New this year are the Chicago skyline display and the 165-foot-long Grand Light Tunnel. Admission is free on Mondays.

No need to worry about finding parking at Let It Shine – the show is driveable. There are two locations, one in Northbrook and the other in Schaumburg, although each has a slightly different setup.

The Sparkle experience includes lighted villages, a children’s zone, a two-story ice slide and free rides on the Holly Trolly.

through January 7, 2023: Lighting: Tree lights at The Morton Arboretum, Lisle

Walk a mile-long avenue of trees lit up to showcase winter beauty, accompanied by the sound of festive music. New this year is Electric Illumination, a late-night experience for adults over 18, set to progressive trance and house music with synchronized light displays (16, 23 and 30 December only).

Navy Pier does holiday lights like no other, indoors. Highlights of the experience include a forest maze with over 100 illuminated trees, a skating rink and a train ride through Santa’s Village for the little ones.

through January 8, 2023: Lightscape at the Chicago Botanic Garden, Glencoe

The 1.25-mile lighted path takes visitors past dazzling light installations, including a fire garden and the perennial fan favorite, the Winter Cathedral.

Until January 8, 2023: Christmas Around the World, Museum of Science and Industry, Hyde Park

This year marks the 80th anniversary of the museum’s beloved tradition, which began with a single tree in 1942 and has now grown to 50 trees, dressed to represent the holiday traditions of countries and cultures around the world.

This year’s theme is “Snow Day!” is, flowers arranged to create the illusion of a snow-covered garden. The centerpiece will be a 12 meter tree of 200 white poinsettia plants.

The Lincoln Park Conservatory’s Winter Flower Show is open through January 7, 10 a.m. to 5 p.m., Wednesday through Sunday. The theme is “Sugar Plum” with music from “The Nutcracker” to enhance the experience.

Opportunities to shop local and support local artists and creators:

One of a Kind, Merchandise Mart, December 1-4.

Holiday Fair at The Plant, Back of the Yards, December 11th.

Events listed are subject to change. We recommend double-checking times and locations before heading out the door.