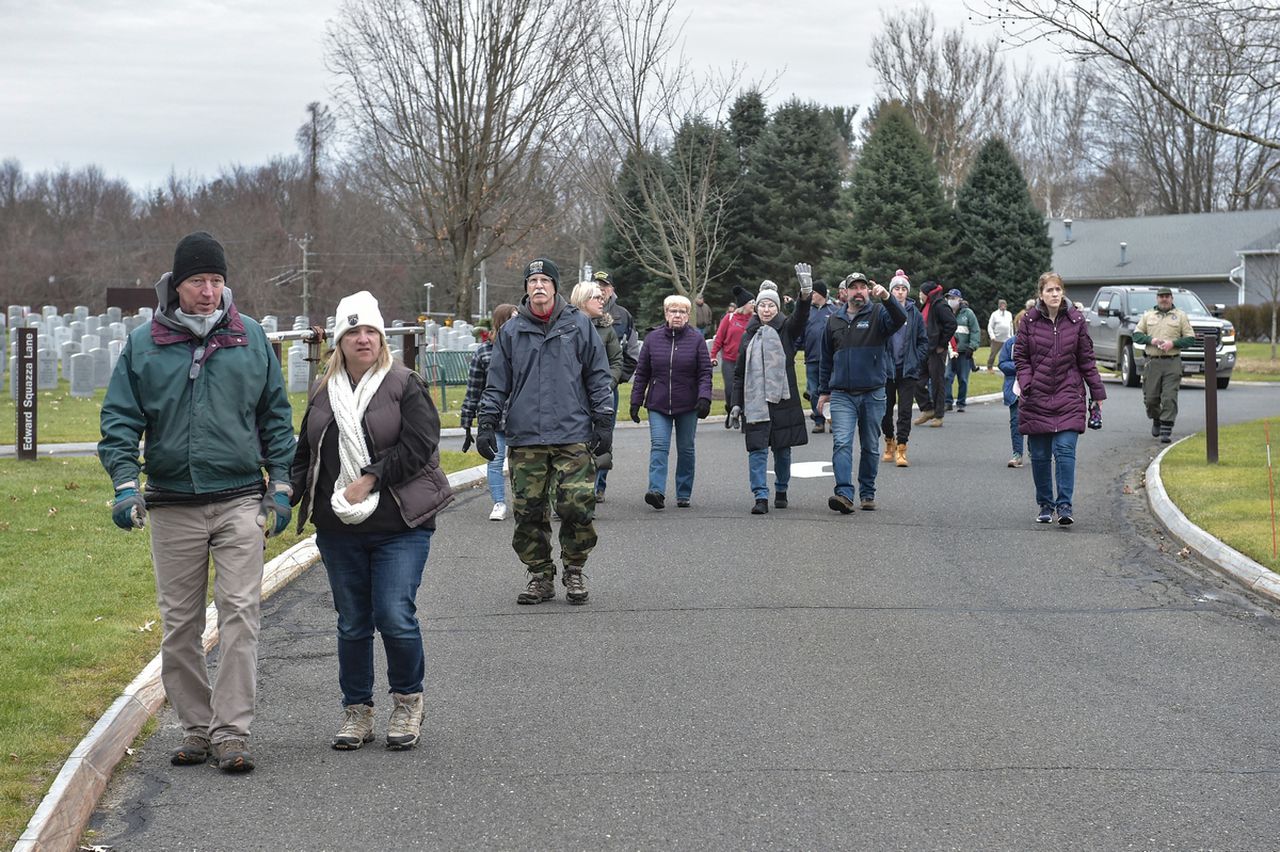 For 11 years, volunteers have protected and placed wreaths on graves at Veterans Memorial Cemetery in Agawam to honor late veterans during the holiday season.

Four years later, Ludlow’s Department of Veterans Services joined the effort and this year will place wreaths on all 963 graves spread across multiple cemeteries.

Now Chicopee is in. In the first year, donors have sponsored approximately 1,500 wreaths, which will be placed on veterans’ graves in the eight participating cemeteries.

Wreaths Across America is a national project that supports donations of wreaths for veterans’ graves. It started in 1992, when the owner of the Worcester Wreath Co. in Maine sent surplus wreaths to Arlington National Cemetery and is spreading across the country.

Nationally, volunteers at all participating cemeteries gather for one day — this year it’s Saturday — to honor veterans by laying wreaths on graves.

While there is an event in Agawam, starting at 10 a.m., the effort in Chicopee and Ludlow is a little different because there are multiple cemeteries and not all graves are veterans.

In Ludlow, which exceeded its goal and has enough wreaths for veterans’ graves, families will be invited to visit their loved ones’ graves at 10 a.m. to lay a wreath. Then volunteers will arrive at 10:30 a.m. to help decorate the remaining graves, said Eric Segundo, a veterans service agent.

After that, a ceremony to honor the veterans will be held at noon in the cemetery on the island’s pond. Anyone is welcome to volunteer or attend the event, she said.

“It’s our way of remembering and honoring our veterans,” he said. “We want to teach our young people about the sacrifices they’ve made.”

Each cemetery in Chicopee is considered a separate entity and the four private cemeteries owned by private churches have their own staff of volunteers. The four city-owned cemeteries have a team led by Stephanie Shaw, veterans service agent, and Benjamin Strepka, parks and recreation supervisor.

The five groups are meeting regularly and working together to coordinate efforts, exchange ideas and help each other with any issues, Shaw said.

“We’ve got enough sponsors across the city for 20% of the graves … in 30 days that’s pretty remarkable,” Shaw said. “It will still be terrible to know that the grave of the veterans will not be covered.”

But the teams did very well and Shaw said she was impressed with the effort she received from businesses and residents.

The effort began on Halloween, giving volunteers a short window of time to plan, fundraise and publicize the initiative. Now they have a whole year to fulfill the goal of placing a wreath on almost 7,500 graves and it will be easier because as time goes on more people will know about the project, he said.

“Starting small in the first year can be a benefit,” he said. “We are learning and next year we will be well prepared to manage 7,500 crowns. Maybe we couldn’t do that this year.”

Rosario cemetery officials have also expressed interest in joining the program. The city’s other two cemeteries are Jewish, which would not participate in a Christmas-related event and traditionally do not decorate graves with flowers or other things, Shaw said.

There will be multiple wreath-laying events in Chicopee on Saturday. The San Patrizio cemetery will start at 9 am and the other three religious cemeteries, San Estanislao, San Rosa and Calvary, will hold ceremonies at noon.

Wreaths will be placed on headstones at four city-owned cemeteries and then everyone will gather at Fairview Cemetery at noon for an official ceremony honoring veterans. The Chicopee High School Junior ROTC will participate in that ceremony and at St. Patrick’s, while Chicopee Comprehensive High’s Veterans Appreciation and Support Club will attend the ceremony at St. Stanislaus. St. John’s School Rose will attend the event and a group of parishioners will attend the Calvary event, Shaw said.

The city is in the process of identifying all veterans’ graves on a GIS map, which will make it easier for volunteers to know which graves to place wreaths on. Since there are not enough to cover all the graves, they will be placed in the most visible graves on the roads, in part to inform people of the program, he said.

It appears that more communities are interested in joining the program in the future. Segundo said he has been talking to other veteran agents who have contacted him about how Ludlow has done Wreaths Across America efforts.