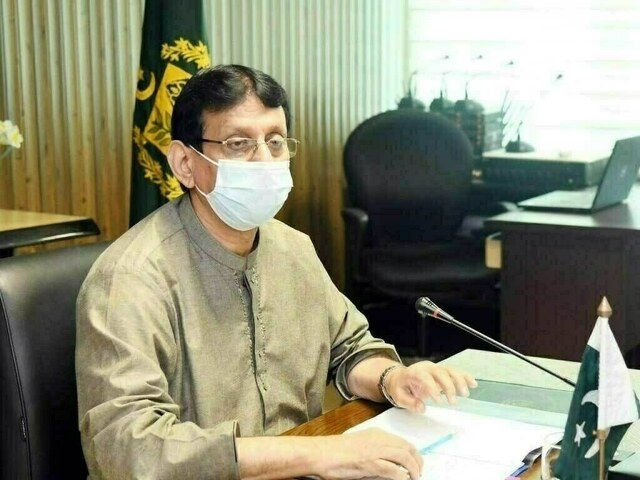 ISLAMABAD: Federal Minister of IT and Telecommunications Syed Aminul Haque said that 4G penetration in Pakistan has surpassed 57 percent, indicating the country is poised to roll out 5G at least in select cities.

answer to business recorder When asked, the minister said: “I will try to roll out 5G as soon as possible with improved quality of service benchmarks.”

Earlier, the minister said the IT ministry’s first priority is to increase the reach of 4G technology in the country.

The German Minister for IT spoke here on Wednesday with a delegation from Etisalat International led by CEO Mikhail Gerchuk.

The delegation consisted of Abdulrahim Al Nooryani, CEO of Etisalat Pakistan, Hatem Bamatraf, President and CEO of PTCL and Ufone, and Naveed Butt, Chief Regulatory Officer. The Additional Secretary (Person in Charge) of the Ministry of IT, Mohsin Mushtaq, was also present. During the meeting, issues related to connectivity, 5G technology and the telecom sector were discussed.

The Federal Minister of IT said the future of technology in Pakistan is tied to the rollout of 5G technology. He said the IT ministry is extending full support to telecom companies.

He called on telecom companies to play their part in bringing modern technology to Pakistan. He said every possible step would be taken to make 5G business-friendly.

The Etisalat delegation praised IT Minister Syed Aminul Haque’s initiatives in relation to telecommunications. Mikhail Gerchuk expressed his willingness to invest in Pakistan’s IT and telecom sector.