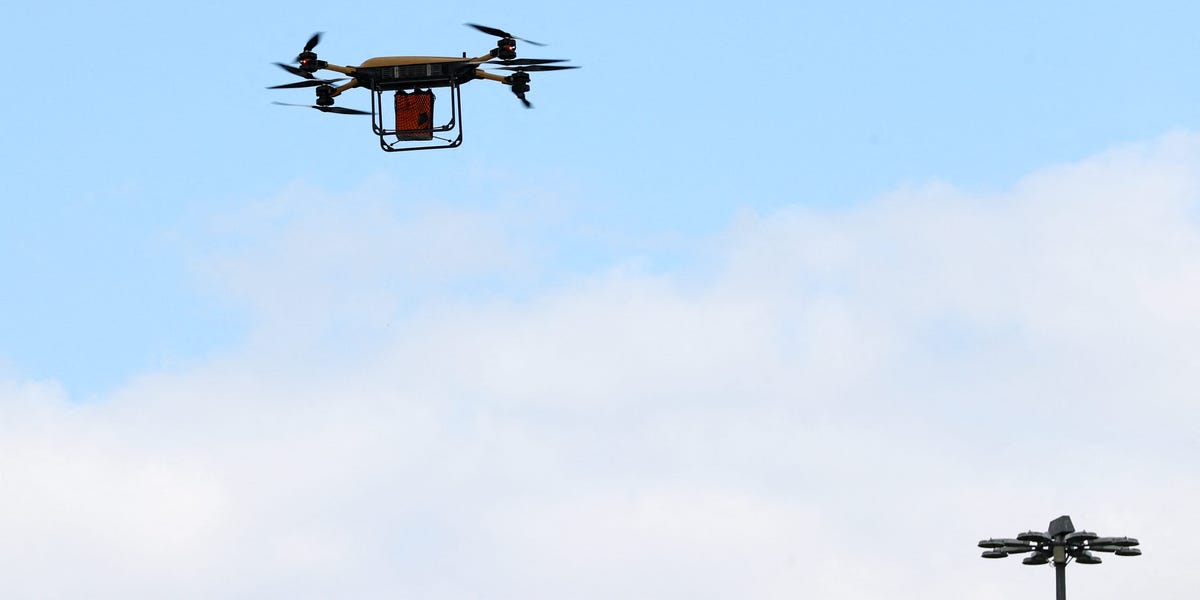 Access your favorite topics on the go in a personalized feed.

In September, Hurricane Ian struck Florida as a destructive Category 4 storm, killing at least 148 people and over $60 billion in damage. Immediately afterwards, 444 radio transmission stations were out of service. AT&T responded by dispatching its drone team, operating over a 5G network, to assess the damage. The drones took video of the damage and streamed it back so technicians could figure out where repairs were needed.

In situations like Hurricane Ian and other emergencies across the country, 5G is becoming an important tool in disaster response, whether the events are local or widespread.

The faster speeds and lower latency of 5G mean videos can be streamed faster, downloads are quicker, and communication is virtually instantaneous, according to the Federal Communications Commission. This can be useful for responders who are monitoring disaster areas and need to communicate with each other as quickly as possible. For example, in an active shooter event, 5G could allow each responder’s body camera to be streamed to a central location and be able to map each responder’s location.

“A 5G network will allow disaster managers to consider much more information when preparing their disaster response,” said Ladimer Nagurney, professor emeritus of electrical, computer and biomedical engineering at the University of Hartford. “You can use staff and equipment more efficiently.”

Telcos are also developing ways to broadcast 5G to first responders and people in disaster areas where there is a power outage.

In June, AT&T tested its first 5G drone in a remote Missouri farm field where cows were walking through the grass. The pilots had the drone, dubbed the Flying COW (Cell on Wings), fly 300 feet in the air and began broadcasting 5G coverage over about 10 square miles. The drone performed exactly as planned, providing faster download and upload speeds, according to Art Pgler, AT&T’s director of strategic initiatives.

The Flying COWs have been equipped with LTE, a precursor to 5G, for years and have been deployed by AT&T’s emergency network, FirstNet, since 2019. The drones are now 5G-enabled and may offer even better connectivity in the future, the company says.

A new technology to accelerate disaster relief is being developed using 5G. Pacific Northwest National Laboratory has developed VitalTag, a bandage-like device that can be paired with 5G. The device collects basic health information from its wearer that medical staff can use to locate patients, identify their injuries, and triage their response. Verizon is working on a 5G-connected ambulance that could stream data to hospitals while a patient is on the go. And Qwake Technologies’ C-Thru tool helps firefighters see and navigate better when caught in a fire – with 5G, location tracking becomes more accurate and the helmets can stream video back to commanders.

Toronto-based startup Enerza is also using 5G to improve disaster detection and response. The company has developed a robot called Boa that uses 5G to detect problems with power lines and react faster.

“We can use the pole to see where the next blackout might come from,” Enerza CEO James Aein previously told Insider. “Without 5G, this would not be feasible. The alternative would have been to transfer data from each robot to a router. Routers could take days or weeks to upload the data collected by Boa. 5G is available immediately.”

Experts say it will take a few years for these technologies to be operational as networks roll out nationwide 5G coverage – a process that will require costly and widespread infrastructure updates like the construction of more 5G cell towers. Aside from financial constraints, device compatibility and community pushback have been cited as concerns about 5G adoption.

In the meantime, however, networks and companies say they continue to innovate and expect 5G to have a profound impact on disaster relief.

“When 5G is fully implemented and a variety of products are rolled out to the user, applications that aren’t even possible today will become commonplace,” Nagurney said.