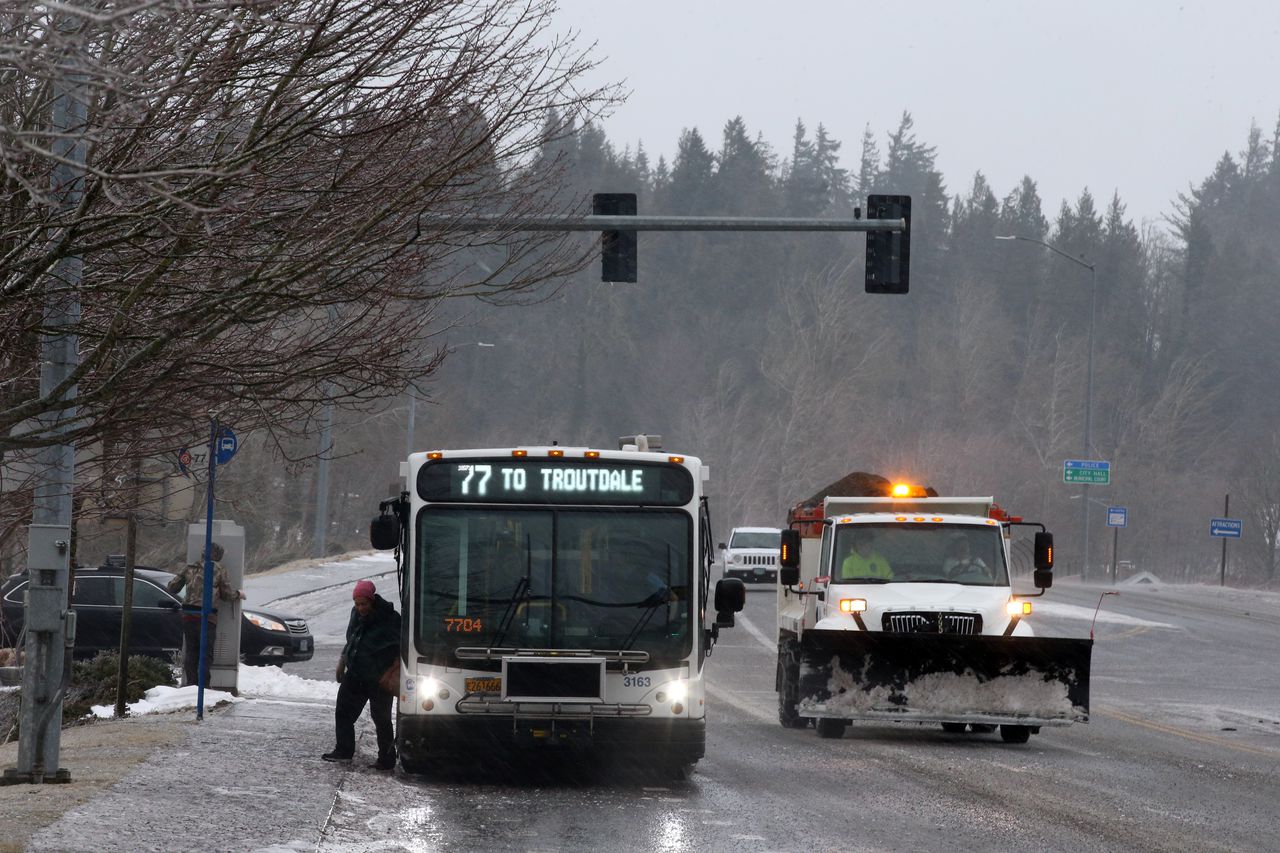 The Southwest Barbur Boulevard Fred Meyer was bustling with holiday shopping activity late Thursday afternoon, despite — or perhaps, because of — the approaching winter storm, with employees pulling out boxes to fill shelves as customers shopped.

And no wonder. Not only is Thursday near the peak of the Christmas shopping season, but it may be the last day before Christmas Eve when driving in Portland is safe. This is because a snow and ice storm is expected to blanket the city and its suburbs with potentially dangerous conditions that could make shopping dangerous on Friday.

“Looks like these aisles are pretty narrow,” a Fred Meyer customer pushing a cart full of essentials like cheese and butter said as he and another customer wandered down one of the wine aisles.

Whether the two customers originally planned to shop at the Barbur location around 5 p.m., hours before the worst of the weather, is unknown. But from the company’s point of view, the weather has had an impact.

“The weather appears to have created more customer traffic,” Fred Meyer spokesman Jeffery Temple said in an email, adding that, while stock levels vary by location, “our store teams are working hard to ensure products are in stock for our customers.”

While no business contacted by The Oregonian/OregonLive provided concrete data, the impending storm appears to have had at least the unusual effect of bringing in more customers than it might have otherwise.

A spokesperson for New Seasons said the upcoming storm “totally affected” the holiday shopping carts, with people arriving a day or two earlier than they would have because of the storm.

“We have done everything possible to ensure that we will not sell our most popular and sought-after products,” said a New Seasons spokesperson in an email.

No one doubts that supermarkets will weather bad weather. Small businesses, on the other hand, can have a hard time, especially given how dependent they are on holiday shopping to stay in the black.

As of late Thursday afternoon, many of Portland’s small retailers and boutiques appeared to be doing well.

“It’s still pretty bumpin’,” said Sierra Snow, a seasonal sales floor worker with Paxton Gate, a store that specializes in “treasures and rarities” on North Mississippi Avenue. Footfall is comparable to last year at this time, Snow said, although some customers told him to come Thursday because of what they saw or read in the forecast.

Mark Leidman of The Perfume House said the difference he noticed was that the streets were a little quieter. The Southeast Hawthorne store may have to close Friday because of the weather, “but that’s out of everyone’s hands,” Leidman said, before asking to close the conversation to attend to a waiting customer.

Spielwerk Toys, on North Williams Avenue, was “full to capacity” Thursday afternoon, said Marcy Bruce, who was helping her friend, who owns the store, during the holiday season. While there may be “slightly less” foot traffic, the store’s customer base is loyal and has been through this year, he said.

None of the customers reported any previous purchases due to the storm. But they expressed one annoyance, Bruce said:

“Most people are really cold.”