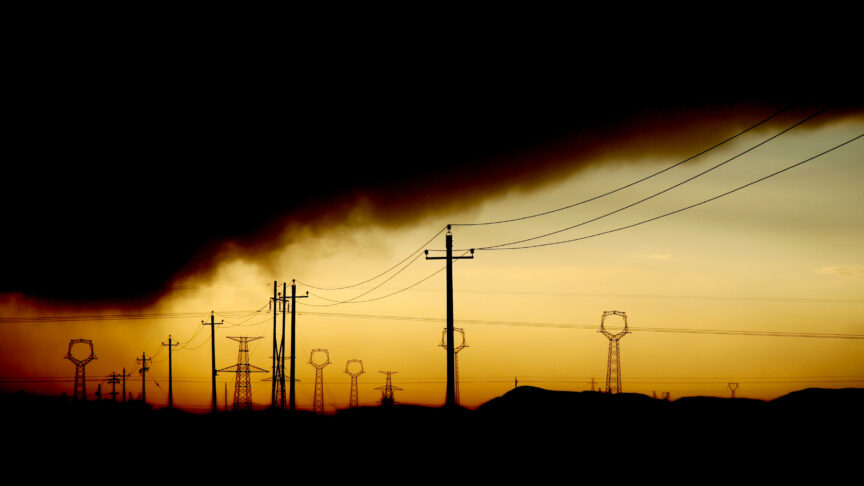 A year and a half ago, an internal memo was leaked in which Huawei’s chief executive said the company was approaching a “live-or-die moment.” It should go into “combat mode,” he warned.

The company has been under pressure for several years as Western countries gradually began restricting the use of its 5G devices and imposing export controls on Huawei products. Much of the pressure came from the United States, which was preparing for what it saw as the greatest strategic challenge of confronting China. Huawei’s efforts seemed to show that the push had worked. Still, it’s time to revisit the company’s reinvention—and its new embedding in numerous western states.

It’s true that Huawei’s global sales revenue plummeted 30 percent in 2021 and the company’s longer-term challenges seemed insurmountable. But the diminished political interest – and indeed preoccupation with Covid-19 and Russia’s all-out invasion of Ukraine – is not just the result of short political attention spans. In reality, the EU continues to manage its relationship with China through a “pie-maker” policy made up of three elements of cooperation, competition and rivalry. As a result, its various parts move at different paces, whether on climate change or the vetting of foreign investments, often in response to circumstances and crises, but still fundamentally open to working together in pursuit of economic gain. Amid this flurry of activity, the EU and its member states have overlooked Huawei’s recent moves.

Meanwhile, Huawei has vigorously pursued the second strand – diversification – which has led it to seek a stronger presence in non-communications technologies such as home appliances and wearables; in software and data, such as in cars and water management systems; and in research and development, also outside of telecommunications and electronics, for example in start-ups. In fact, the company’s R&D work extends beyond its previous narrow focus on communications technology and continues to grow. It has more than 10,000 patents worldwide and is constantly increasing its budgets. Huawei also seems increasingly interested in talent acquisition share rather than market share. It launched its global Seeds for the Future program in 2008; By December 2021, it had reached over 12,000 people in 137 countries. But Huawei is not pursuing these two strands at the same pace: there was a big acceleration in its apps and data activity after 2019-2020, indicating a clear shift in strategy.

As part of this new strategy, Huawei looks for advanced innovations and finds ways to apply them. To this end, it has increased its engagement with universities, research centers and laboratories, also in Europe. In 2021 alone, it spent $400 million on activities with over 300 universities and 900 research institutes. Conceptually, these “industry-academic collaborations” represent the infrastructure of technological innovation in ICT – they are therefore crucial for a company like Huawei to be able to embed itself in this field. This “open innovation” model relies on leveraging collaborations with a variety of academic partners in multiple countries. It focuses on the special and competitive strengths of individual institutions and generates sustainable, long-term partnerships that bring innovations and help to embed the company in the industrial and production structures of a country. From the point of view of national security, however, they represent a gateway for the Chinese company to the industry and economy of the countries.

State authorities in Central and Eastern Europe have made sustained efforts in recent years to enact “safe distancing” from Huawei in the field of critical infrastructure, including 5G. But the company’s revamped approach means it’s now venturing into other areas. Bulgaria is a case in point. Over the past two years, Huawei has signed numerous and extensive cooperation agreements with a number of Bulgarian universities. One is affiliated with Sofia University and includes joint research and development in the fields of artificial intelligence, ICT and big data. As part of the project, a new joint lab is to be set up with nationally available funds from EU programs and the programs of Huawei’s ICT Academy are to be implemented across domains. Joint R&D projects, “training of talents”, career placement and procurement are also core of an agreement between the company and the Technical University in the city of Gabrovo. At Technical University in Sofia, BA and MA programs have been redesigned to introduce training in a Huawei-equipped laboratory. Cooperation agreements have also been drawn up with the National Academy of Arts, the Transport College, the University of Plovdiv, the Varna University of Economics and others.

Other countries in Central and Eastern Europe have also seen a pause and even a surge in interest and activity related to Huawei. Not surprisingly, given its friendly stance towards China, Hungary stands out. It recently hosted Huawei’s annual Innovation Day and the country is home to its largest logistics base on the continent. Despite a very difficult political relationship with the government in the Czech Republic, Huawei is pushing ahead with other activities such as a summer school for women technology leaders. Cooperation with Polish universities is also extensive, with almost a dozen universities taking part in the company’s initiatives. For example, in June 2021, the University of Lodz and Huawei Polska signed a far-reaching cooperation agreement, which has been adopted by similar structures at other Polish universities. Huawei has also concluded similar agreements in China-sceptic Romania, most recently with the Polytechnic University of Bucharest. It has also initiated programs in non-EU countries in Central and Eastern Europe such as Montenegro and Bosnia and Herzegovina.

These activities are the visible result of Huawei’s shift in strategy. Instead of playing its part in the broader “belt and road” policy of engagement – building large chunks of infrastructure under the aegis of Beijing’s global investment program – Huawei seems to have switched to an “apps and data” approach. While no doubt forced to some extent by US and Western pressures, this new policy actually allows the company to expand and embed itself in a number of areas and secure positions at the core of the future data economy. From this perspective, reports of success in felling the Chinese giant are both premature and blind to its current push. Furthermore, the mere fact that Huawei is making this switch relatively smoothly in Central and Eastern Europe is a reminder of the EU’s incoherent approach to Beijing and the difficulties of confronting a determined strategic adversary like China.

The European Council on Foreign Relations does not represent common positions. ECFR publications reflect the views of their respective authors only.