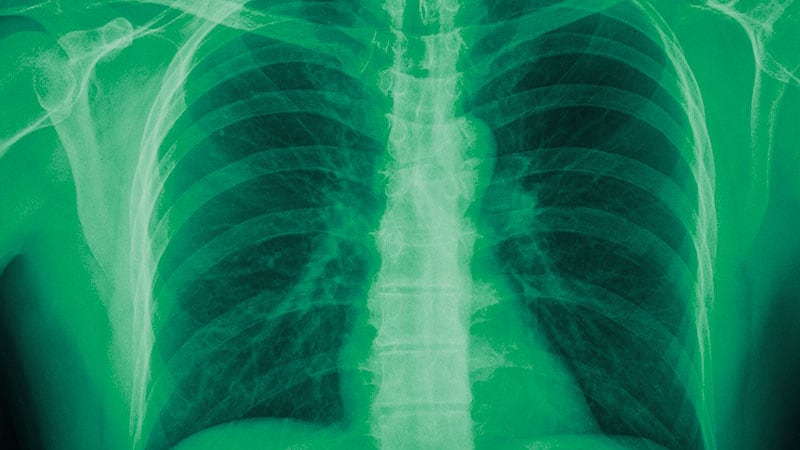 For patients with chronic obstructive pulmonary disease, the risk of serious adverse events was significantly lower among those treated with glycopyrronium/indacaterol or umeclidinium/vilanterol compared with those treated with tiotropium/olodaterol, based on data from nearly 45,000 people.

Data comparing the incidence of serious adverse events between different LAMA/LABA combinations are lacking, they said.

The study population included 44,498 patients with COPD aged 40 years or older who were new users of three available FDCs between January 2015 and June 2019. Patients with concomitant LAMA and LABA in the previous 12 months were excluded. The FDCs were glycopyrronium/indacaterol (GLY/IND), umeclidinium/vilanterol (UMEC/VI), and tiotropium/olodaterol (TIO/OLO). 15,586 patients were prescribed GLY/IND, 20,460 patients received UMEC/VI, and 8452 patients received TIO/OLO. Baseline characteristics were similar between treatment groups.

The primary outcome of serious adverse events was defined as a hospitalization or emergency room visit with a primary diagnosis of COPD or a secondary diagnosis of severe AD; the secondary outcome was one of several cardiovascular events, including acute myocardial infarction, heart failure, or arrhythmia. The median follow-up period was 6 months for the UMEC/VI and GLY/IND groups, and 60 days for the TIO/OLO group.

In a sensitivity analysis, differences between groups were reduced when severe and moderate AEs were included or in an intention-to-treat analysis, the researchers noted. However, efficacy remains similar for the UMEC/VI and GLY/IND groups, they said.

For the secondary outcome of cardiovascular events, patients in the GLY/IND group had a significantly lower rate compared to the TIO/OLO group (2.49 vs. 4.28 per 100 person-years, HR 0.70), but this difference disappeared during follow-up. the increase was 6 months or less. There were no significant differences in cardiovascular events between the UMEC/VI and GLY/IND groups or between the UMEC/VI and TIO/OLO groups.

The findings were limited by several factors, including the lack of complete clinical information in the database to assess COPD severity, the inability to control for variables such as smoking history and inhaler technique, and the inclusion of only three FDCs, the researchers noted. They also said that actual patient adherence was unknown.

However, the current study provides the first direct comparison of cardiovascular events among three common LAMA/LABA FDCs in COPD, and the differences may inform clinical decision-making, they concluded.

The study was supported in part by the Ministry of Science and Technology of Taiwan. The researchers report no relevant financial relationships.