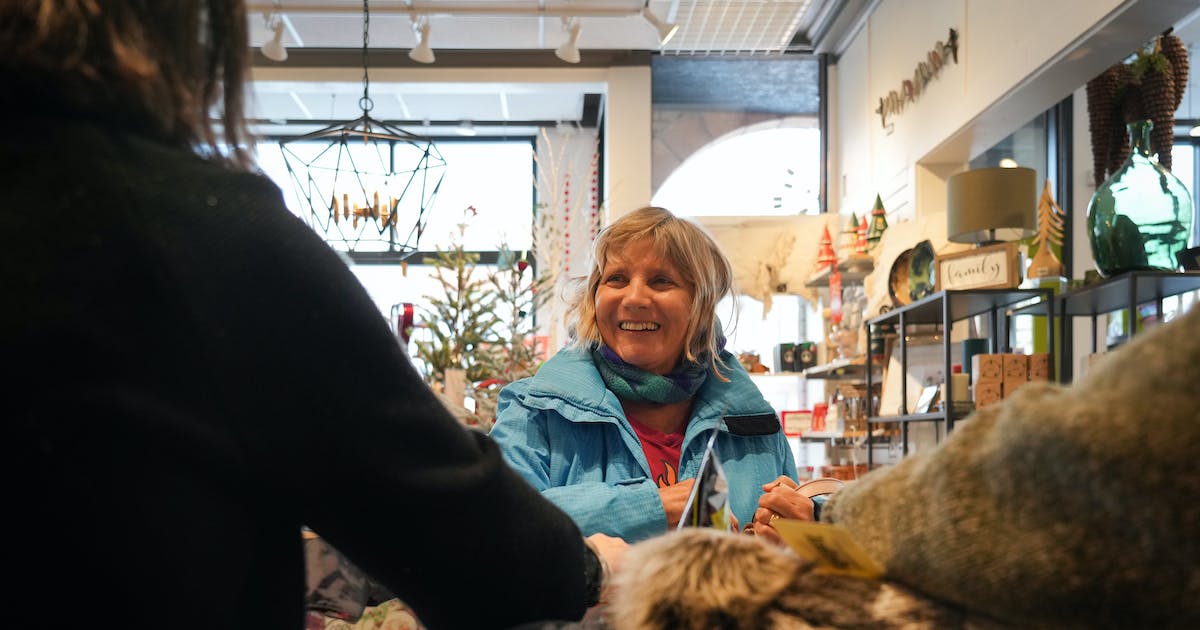 Home from college in Ireland, Bea Buckley hit the Ridgedale Center Friday morning to finish shopping for her family.

“It’s very cheap here, so I waited to go shopping until I came back,” he said.

Among his good finds, Buckley bought his mother a jacket for $130 that was marked down from $400. “I probably want to keep it for myself,” he said.

Despite arctic-like conditions and strong winds, Minnesotans hit the malls and malls Friday for the last full day of shopping before Christmas.

At Flirt, a boutique in Edina, owner Jessica Gerard expected surprised husbands to brave the search for the perfect gifts for their wives. “They’re definitely a little desperate,” she said.

“You can’t stop Christmas,” said Gerard. “No matter how bad the weather is, Christmas will still come and people will buy.”

According to the National Retail Federation, 52% of holiday shoppers plan to shop the week before Christmas. Twin Cities shoppers were expected to make up the nation’s highest percentage of those in stores this Christmas season among major markets studied by the Accenture consulting firm.

In Good Things to St. Paul’s Grand Avenue, Jeanette Zaczkowski’s husband dropped her off to pick up packing supplies.

“My husband says Christmas shopping isn’t over until the presents are opened,” she said. “I’m always shopping.”

Marquel Wallace went to Ridgedale with his brother on Friday to finish Christmas shopping for his children while his wife was at work. He didn’t care about inflation, just getting what was on his children’s list. “Everyone is short-staffed, so the lines are still short,” he said.

“Customers are very careful about what they buy and when,” Klettenberg said. He expects Good Things sales to match last year’s holiday season.

“I was predicting the holiday season to be down but it’s in line with past holidays, which is shocking,” said Amy Saldanha, owner of Kiddywampus toy stores in Chanhassen and Hopkins.

He added, “I feel like we’re getting new customers who want to shop in person.”

Customers rushed this week when they learned that Amazon deliveries would be too late for Christmas and shopped before the kids were home all day because of school closures.

For store owners, the weather has presented a choice: Close early to give employees more time to navigate the streets or stay open to serve last-minute shoppers. “It’s a tricky thing,” Saldanha said. “I don’t want to disappoint customers.”

Fewer shoppers came out to the Mall of America after it snowed during the week than usual leading up to Christmas. But last weekend was one of the busiest of the year and annual store traffic is close to 2019 levels despite fewer international visitors, said Jill Renslow, senior vice president of business development and marketing.

For shoppers who didn’t want to leave the house, Renslow said the mall is selling gift cards online to get the Mall of America experience.

He said he’s already looking forward to next week, when he expects families to check out the after-Christmas sales and hit Nickelodeon Universe.

“Next week is going to be big for us,” said Renslow.