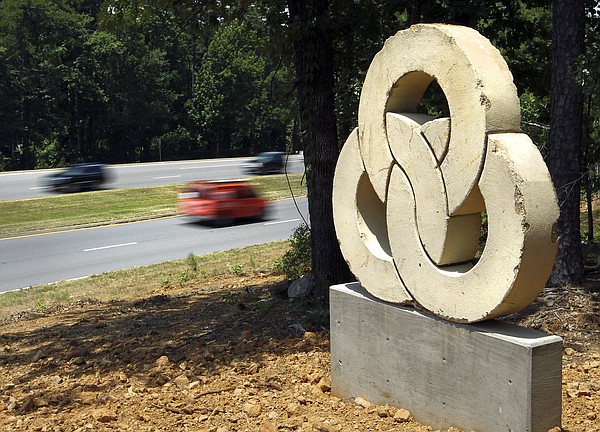 Those worried about an events center coming to the city of Maumelle will have to wait until January to see how the city’s Planning Commission votes on renovation proposals for the project.

The vote on changes to the project was pushed back to January after the board’s decision to cancel Thursday’s meeting due to inclement weather.

Maumelle Director of Planning and Permits Scott Grummer said, “This decision was difficult, but because of the great public response to the items on this agenda, we do not want the public’s ability to attend to be affected by the weather.”

Since the Maumelle City Council unanimously approved the projects, public support has been divided.

The event center — which would host weddings and small parties — will be developed on a plot of land in the middle of the Maumelle Country Club.

Project developer Brent Ashcraft owns Northwind Holdings, which bought the land from Summerwood Development in North Little Rock after the area was rezoned for residential use.

Brent and his wife, Lindsey Ashcraft, have teamed up with Stephanie Krauser to form KrAsh Events Enterprises LLC – the new legal entity behind the event center project.

A group of residents continues to express frustration with the project, citing concerns about the future safety of nearby residents and a lack of transparency from those involved in the project.

Ashcraft responded to community members’ concerns in a detailed Facebook post on Dec. 1 and in an interview with an Arkansas Democrat-Gazette reporter on Monday.

“I have publicly admitted that my approach to the public could have been better when it comes to the residents on the other side of the Maumelle Country Club property,” Ashcraft said.

He added that “recently I have worked hard with residents who are willing to share their concerns with me.”

Ashcraft also noted that despite the lack of communication with those who live on the other side of the clubhouse, he has worked hard to let the city “do its job” and has worked with the country club, which is the project’s “only real border neighbor.” “

“I discussed this idea and the plans for this venue with the club president before we officially signed the ownership contract,” Ashcraft said.

Another resident of the immediate affected area told an Arkansas Democrat-Gazette reporter on Tuesday, “It’s a commercial event in a residential area that’s causing traffic problems on streets that weren’t designed for additional traffic.”

The resident has asked not to be identified.

“We are negotiating shared use of the Maumelle Country Club parking lot. There will be some vendor, family and handicap/ADA parking at the event center,” Ashcraft said.

He added: “The rest of the parking will be guarded at the entrance to the work club, cars will be directed to a spot and guests will be driven in limousine-style golf carts. Parking will be staffed before, during and after all events. This will ensure that we have a neat and organized location of vehicles. it helps with security, deters people from loitering in parking lots, and deters any other criminal activity in the parking lot.”

Ashcraft confirmed that other events such as the Arnold Palmer/Club Manor thoroughfare will depend on patrons to communicate with their guests and the assistance of the Maumelle Police Department to enforce speed and other laws on the street.

Other nearby residents have noted concerns related to noise, lighting and the potential for drunk drivers from the event center.

“I will trust us as a company to ensure that our alcohol policies are strictly enforced, that our staff are trained to spot and stop over-serving guests and that we do everything we can to ensure that everyone makes smart choices while enjoying our center.”

In his response, he added that the event center will be strictly governed by regular city ordinances regarding light and noise regulations, just like all other businesses in Maumelle.

In a unanimous vote in January, the 1,200 square meter event center was approved. The project was also approved for 335 parking spaces through a shared parking agreement with the Maumelle Country Club.

Ashcraft asked Monday to clear up the confusion residents and others have about the parking situation.

“Our goal is to improve and use the parking spaces in the countryside to reduce traffic [in the area]” Ashcraft said.

“As mentioned, our car parks will always be monitored, manned and always have on-site security before, during and after the events,” he added.

Regarding parking capacity, he noted that the 335 spaces initially approved were set up as a “safety net” when the event center and country club host events at the same time.

Ashcraft said the expansion of the space includes storage for tables, chairs and other items that outdoor vendors cater to.

As for changes to parking capacity, he said the “only new parking lot” is estimated to be “77 +/- spaces” at the event center.

After responding to ongoing fears from area residents, Ashcraft said he is willing to meet with anyone who questions the project’s plans.

“We will continue to be available at our work site to meet with anyone, or wherever they are comfortable gathering, to help them understand what we are doing and how we want to preserve it.”

They also showed 143 signatures in support of country club members in the December 9 letter.

Ashcraft added in the interview that he and other developers hope to hold a public meeting in January to further discuss plans for the event center.

“All concerns and viewpoints should be heard. We will do anything to alleviate the stress and concerns of our residents,” Ashcraft said.

If the expansion of the project is approved by the Planning Commission, the motion to make changes to the project will be brought to the City of Maumelle for a vote.