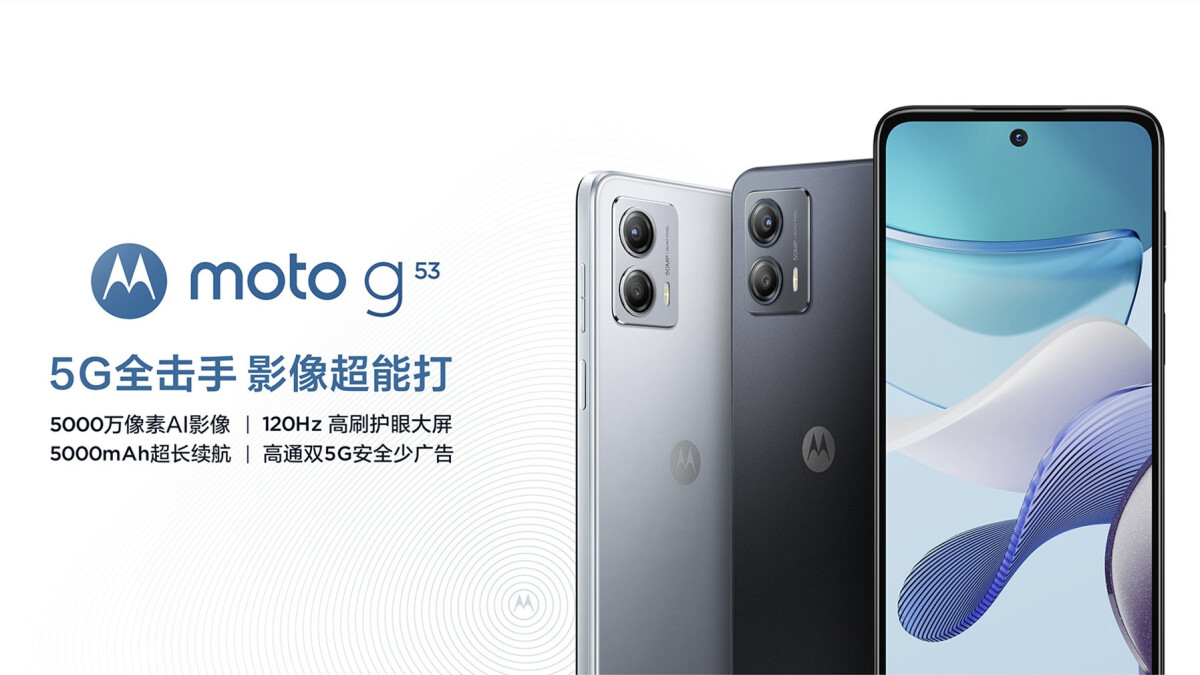 Few companies are as prolific when it comes to their smartphone portfolios Motorola. The company has announced a slew of handsets this year, but there’s always time for one final launch — nearing the end of 2022.

Today Motorola held a special event where some new smartphones were presented. Among them was the Motorola X40, which boasts an impressive spec sheet and a Snapdragon 8 Gen 2 at heart. The Moto G53 is a modest entry-level option in comparison, coming in at a fraction of the price of the former. Despite its status as a budget device, the smartphone has 5G connectivity.

The Moto G53 sports a 6.5-inch IPS LCD panel that supports a fairly high 120Hz refresh rate. At the lower end of the spectrum, however, is the resolution of the display, which is 720 x 1600 pixels. That’s well below the Full HD mark and equates to about 270 pixels per inch.

The Moto G53 is powered by the Snapdragon 480 Plus, a SoC from Qualcomm, which will significantly improve the smartphone’s performance compared to its predecessor, the Moto G52. The Moto G53 is equipped with 128 GB of internal memory and 4 or 8 GB of RAM depending on the configuration.

In the camera department, the Moto G53 has a 50-megapixel primary shooter alongside a 2-megapixel macro shooter. The smartphone supports 1080p video recording at 30 frames per second.

Finally, users can expect good battery life from the Moto G53. The latter packs a non-removable 5000mAh battery that offers plenty of juice. In terms of charging, the smartphone supports 18W wired charging, but not wireless charging.

The Moto G53 launches in China today, December 15th. It comes in two color options (black and white) and we don’t know if it will debut internationally. The smartphone starts at just 899 yen, which is around $130.