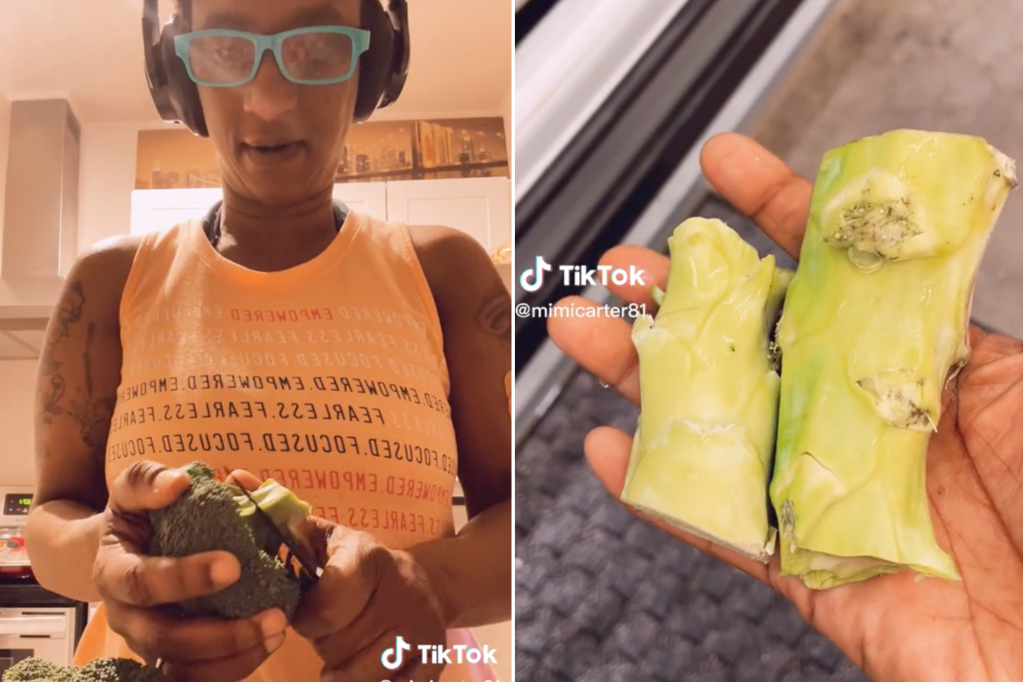 Mimi Carter, who runs her family’s TikTok account, recently posted a video that has garnered nearly 4.4 million views and over 135,900 comments in just four days.

Carter filmed the clip in the produce section of a supermarket, where he photographed himself holding broccoli stalks – which he had removed from the flower heads.

“I’m not paying for these,” she said, tossing herself and the rest of the broccoli on sale. “I will only pay for what I will eat.”

“Snip snip,” he captioned the video, which has racked up more than 4.4 million views in four days.

When he’s at home, Carter makes a follow-up video in which he shows how he breaks stems with his bare hands at the store or uses a pocket knife on his hip.

“And I leave these at the store, okay?” she said, throwing her breasts at the camera. “You can all get it. I don’t need it — wash my hands of it.”

But many viewers were not impressed with Carter’s tips and chastised him in the comments.

“I take my own lemon squeezer as I don’t use lemon peels,” quipped another.

“Do you peel the bananas too?” the other chuckled.

“That’s why I always peel my potatoes at the grocery store,” chimed in another.

“I eat at the restaurant to save money,” added another.

Others gently remind Carter that his rejection is actually nutritious.

“Hey funny thing, the stem is actually healthier than the top..I peel it and cook it with something else…like artichoke and butter,” advised one of the users.

“You just throw the poles in there so everyone can get through and some worker cleans up. Even if you save 12 cents,” wrote another.

In many vegetable stories from this year, an interview resurfaced with Albert R. “Cubby” Broccoli, the original producer of the “James Bond” movies, revealed that the tree-like vegetable is a creation of his family.