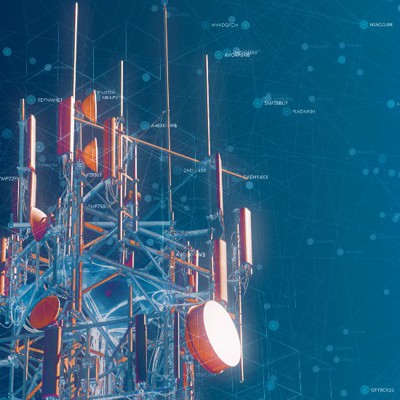 According to the results of a survey of government employees published by General Dynamics Information, about 90% of agencies in the federal government plan to roll out and deploy 5G technologies in their operations, despite anticipating challenges related to integration, associated costs and cybersecurity technology – or GDIT – on Thursday.

The Enterprise to the Edge: Agency Guide to 5G study surveyed 500 federal government officials — 200 from defense agencies, another 200 from civilian agencies, and 100 from intelligence and homeland security agencies — to learn “where federal agencies are on the rollout of 5G, the benefits and challenges they face and the impact this is having on the mission.”

According to the report, respondents said their agencies are working to leverage 5G capabilities for a variety of “essential network and connectivity activities” in the short term, as well as “mission-enabling innovations and applications” with a view to fulfilling longer-term goals. The survey found that “Respondents ranked the fundamental use cases higher overall than the mission enablement use cases.”

In terms of connectivity, 77% of respondents said their agencies are most interested in adopting 5G technology for improved network capabilities, followed by 61% citing platform connectivity and another 50% for smart infrastructure improvement . For more intensive 5G adoption efforts, 41% of respondents ranked command and control as their “top-ranking use case for mission readiness,” with 28% citing logistics and manufacturing as their second-top mission-related priority.

Robert Smallwood, vice president of digital modernization and enterprise IT at GDIT, said during a media round with press on Thursday that the report shows that “the federal government views 5G as an actual capability.”

The survey, conducted from mid-September to mid-October, found that respondents anticipate a variety of challenges when it comes to implementing and managing 5G technologies. 91% of respondents cited cost and budget constraints as their top concerns, with 87% expressing concern about an increase in cybersecurity risks and 83% citing integration challenges as a concern.

“I don’t think there are any surprises here,” Smallwood said of the adoption and deployment concerns identified in the report. “Cybersecurity is of course at the forefront of every initiative the government undertakes these days. And then the costs always play a role. So they realize that there will be high, significant costs to source all the parts required for 5G to support the different use cases that they see in their environments.”

The survey found that the concerns cited by respondents are unlikely to slow the adoption and implementation of 5G technology in federal agencies. 58% of respondents said they see 5G as the top investment priority for their agencies over the next 12 months, with that number set to rise to 82% over the next five years.