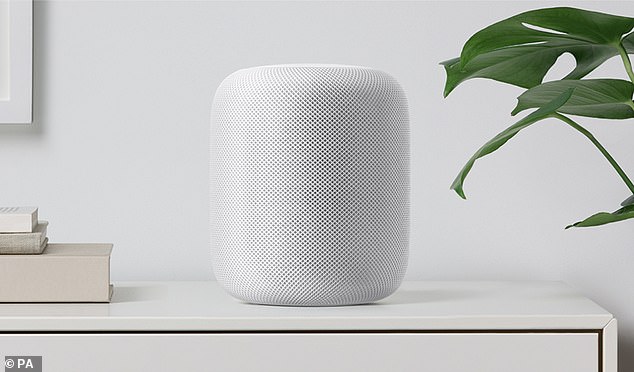 Alexa, will you help me feel less lonely? People who live alone are finding unexpected companionship through smart speakers, according to a study

By Paul Revoir For The Daily Mail

Smart speakers are being used to combat the loneliness of people who live alone, the media regulator said.

New research from Ofcom has shown that some people treat these devices, which talk to users, ‘like a companion’ and this was ‘especially’ the case if the person lived alone.

A study for the regulator said in these cases that technology, including products like Echo Dot, or Google Nest, helped people feel ‘less lonely’.

Apple has released a handout photo of the HomePod – the tech giant’s take on the smart home speaker, designed to compete with Amazon Echo and Google Home

These devices use virtual assistant technology, called for example Alexa on Amazon devices and Siri on Apple products, which communicates by speaking with the user.

The report said that the smart speakers also worked as a companion when it provided ‘entertainment and fun’ for children.

Research indicated that others ‘humanized the speaker…but did not feel affection for him’ and that he was ‘more servile’.

The report was based on numerous interviews conducted by a research company with users of the devices. 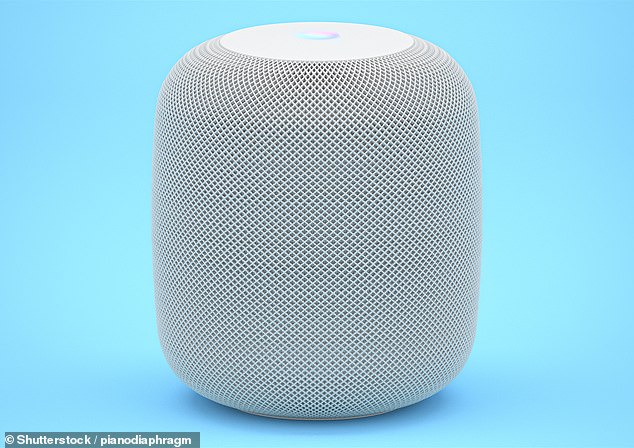 A 55 to 64-year-old man, who was using an Amazon device, told the interviewers: ‘Living alone is like having a friend in the house.’

Research has shown that many people ‘anthropomorphise’ their smart speakers by calling them ‘he’ or ‘she’ and some say ‘please’ and ‘thank you’ when addressing the devices .

Some people also said that there is a ‘read mind’ or ‘personality’ in the way the speaker responds or the mistakes he makes.

One man told the interviewers that he did not agree to thank the device because ‘he wouldn’t thank my wood saw for going through a piece of wood’.

Ofcom also pointed out that the smart speakers had a ‘significant impact on their lives’ at home for some disabled people, allowing them ‘greater independence’ and improving their ‘conditions and abilities’.

The media regulator pointed out that those who did not have one of the devices did not see ‘the point’ or considered it a ‘luxury’ rather than a ‘necessity’.

Research, which spoke to 100 smart-speaker owners and 15 non-owners, found that only a handful had ‘listening concerns’ and that this was a ‘secondary concern’ rather than a ‘main barrier’.

But Ofcom noted that some people’s hearing discomfort was exacerbated when their speaker started talking even when the ‘wake word’, which alerts the device that you want to speak to it, was not spoken.