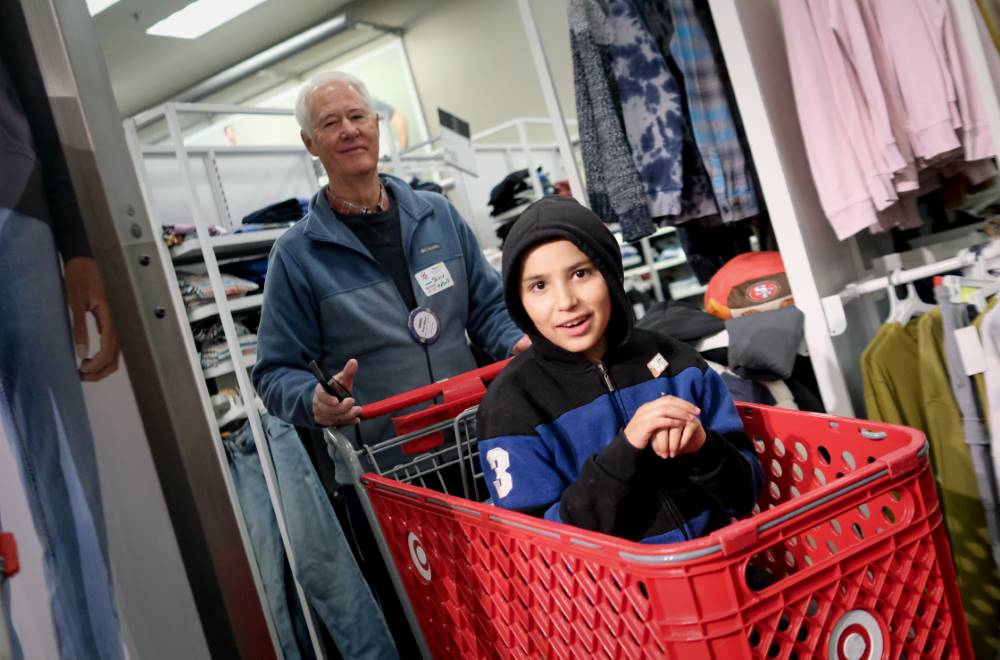 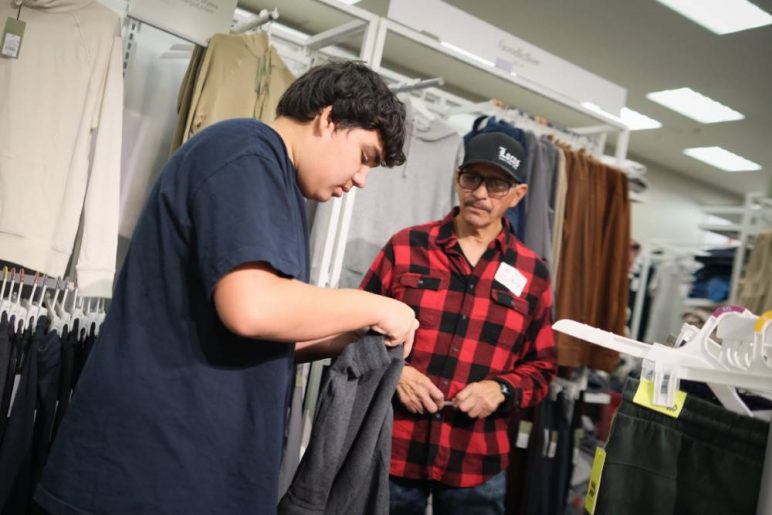 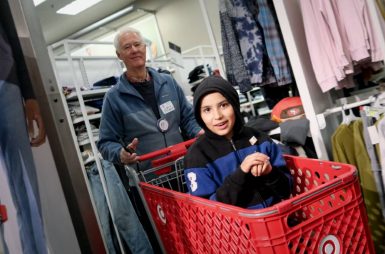 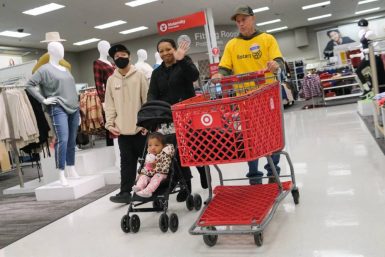 Rotarian Bruce Metcalf pushes a cart full of joy through the aisles of Target.

The line for the Sunrise Rotary Club’s Clothes For Kids event stretched outside Target on Saturday as 100 children and their families attended the club’s annual event.

Inside the store, children led Rotary members through the clothing racks and the shoe area, selecting early Christmas gifts before the holidays.

Children are nominated annually by local non-profit organization Love INC to participate in the program. Sunrise Rotary then recruits a similar number of Rotarians and people from the community to serve as personal shoppers. Their job is to follow the children and their families to the store, push the shopping carts and count the amount of money they spend.

Each buyer has $100 to play with. The selection is largely limited to clothing, Freeman said. That means no jewelry, toys or gifts from other family members. Target is also a partner in the event, waiving sales tax on items and offering special registers for shoppers to pay.

Sunrise Rotary raises approximately $12,000 through the event each year. Most of the money is raised in March, when the Rotary holds its annual Shrimp Feed.

“It started with only 30 children and people loved it so much they kept donating. Now they are up to 100,” said event chairwoman Aggie Freeman. “We’ve had people come up and give us checks while we’re doing this.”

The event began in 2009, under Rotary President Rich Miller. He formed a partnership with Target and they’ve been doing it ever since. Miller has since retired and moved to Texas. Community projects are a big part of Rotary’s national mission, said former president Eric Moore.

“We raise a lot of money throughout the year, but then we reinvest it in the community,” Moore said.

“It’s a small program, but it’s also very close and revolves around the kids during the holidays,” she said. “An early Christmas. It’s a lot of fun for everyone.”

You can donate to Rotary at mercedsunriserotary.org.