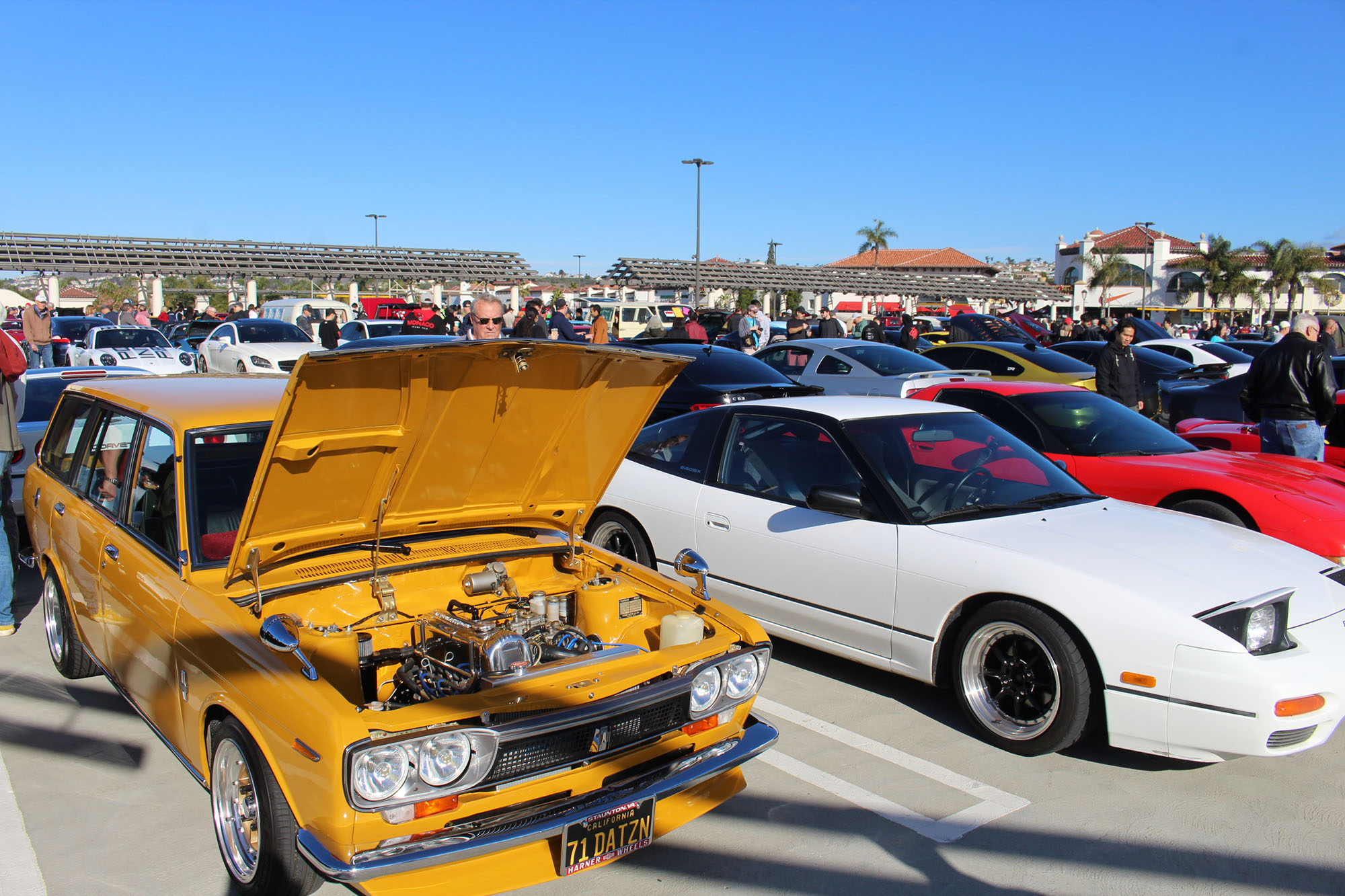 SUPPORT THAT INDEPENDENT JOURNALISM
The article you are about to read is our journalists doing their important work: researching, researching and writing their stories. We want to provide informative and inspiring stories that connect you with the people, issues and opportunities in our community. Journalism requires a lot of resources. Currently, our business model has been disrupted by the pandemic; Most of our advertisers’ businesses have been affected. that’s why SC Times now he turns to you for financial help. Learn more about our new Insider program here. Thank you.

South Orange County Cars and Coffee will now officially be allowed to operate weekly instead of seasonally, following a unanimous vote of the San Clemente Planning Commission last week.

The popular Saturday morning event was approved as part of the San Clemente Outlets’ application to expand its conditional use permit (CUP) to host multiple outdoor events, which previously allowed the car show to be held twice a year.

Throughout the discussion, commissioners expressed confidence in how the Car and Cafe operators ran their events and weighed in on public safety concerns.

One of the conditions for the authorization of the car exhibition is the presence of at least four security personnel at the events. Stewards advised organizers to allow participating cars to enter from the parking lot near Chick-fil-A and travel through the rear of the main structure.

“Anytime we can create a rubric where we can have better engagement between your organization and our general public, where there may be some questions or issues they want to address, having that formalized would go a long way,” Cosgrove said.

The terms agreed upon were a commitment to the city’s initial staff report and recommendation, which proposed allowing events once a week from April to September and biweekly from October to March, and also mandated that participants enter the back of the Outlets.

Complaints from neighborhood residents about noise associated with cars leaving the show weighed heavily on commissioners, who received at least 12 letters before discussing the CUP on Dec. 7.

Cosgrove asked the audience for patience with the agenda item, saying residents had valid concerns.

“Please understand that there are community members who are asking, ‘Why is this happening every week outside of the current permit?’ ” he said. “That’s legit.”

Susan Jennrich, CEO of the Outlets, told the commission that the show has had a “tremendous and positive impact” on the mall and the city in terms of driving revenue and attracting visitors.

He added that limiting the event would have a negative impact on families, customers, the city and the tenants of the Outlet, which he believes generate 20% of sales on Saturday mornings.

Cars and Coffee founder James Wehr also spoke at the public hearing. The organization has maintained the intensity of dealing with public safety, referring to the 30 volunteers who are on site for each event, to prevent negligence and receive information prior to the event.

“We are constantly being contacted by other events around the world asking how we are able to run such a tight ship,” Wehr said. “The answer is simple: planning, communication, attention to detail and hard work.”

Wehr, who moved to San Clemente from Australia in 2010, added that her family prides itself on creating a meaningful event for families and friends to participate in, and that the process has been a “labor of love” to finally build a plan. for free movement and noise reduction.

“Please note that the pending conditional use permit only requires what we have done since this incident occurred in 2017,” Wehr said. “We are not asking for an increase in frequency or anything; We only ask that we continue with what we have successfully launched in recent years.’

Stewards found it difficult to narrow down an event to one type of car due to the wide age range, event staff trained in how to take photos of license plates to identify and ban license plate violators, including the Outlet’s four security staff. the duty officer is stationed in front near the Starbucks, ready to step in if necessary.

Muscarella said it’s rare that his staff is needed and he was open to having an Orange County Sheriff’s Department deputy at or near the event.

Cosgrove and Commissioner Karen Prescott-Loeffler were adamant that the presence of a deputy is a key part of ensuring the safety of show attendees and vehicles.

Deputies are not aware of any significant altercations that occurred in March of this year, according to Sheriff’s Deputy Joshua Roberts. He added that they are already aware of the event on Saturday mornings and maintain a presence near the Outlets.

Most of the complaints, he said, are related to people leaving the car show on Vista Hermosa Avenue, but there aren’t many preventative measures beyond stopping drivers when deputies see violations.

He added that when it comes to noise and exhaust systems, the most common violation to mention is when cars make unusual noises that violate the California Vehicle Code.

Wehr said it would be difficult to find the costs to pay a deputy $400 to work overtime at the stores on Saturdays from 8 a.m. to 12 p.m., because the money Cars and Coffees makes from merchandise sales and sponsorships is enough to cover operating expenses.

Cosgrove, however, directed staff to note that it is a priority to have a deputy near the Outlets, if possible.

Commissioner Steven Camp expressed his concern about potential traffic impacts if show attendees stop at Vista Hermosa and near the freeway exit while trying to enter the parking lot.

However, he agreed with supporters of Cars and Coffee that the events should be weekly, saying that a lower frequency would disrupt the rhythm of the event and drive people to the Outlets even on weekends when events were not scheduled.

“I think the regularity of the event is what brings the excitement,” Camp said.

As part of the amended CUP, the Planning Commission also allowed Outlets to hold bi-weekly food distributions and seasonal partnership events, such as “Trunk or Treat” near Halloween.

Breeana Greenberg is a city reporter for the Dana Point Times. He graduated from Chapman University with a BA in English. Before joining Picket Fence Media, he worked as a freelance reporter for the Laguna Beach Independent. Breeana can be reached by email at bgreenberg@picketfencemedia.com

BECOME INSIDE TODAY
Reliable, accurate and reliable local news is more important now than ever. Support our newsroom by making a contribution and becoming a subscribing member today.