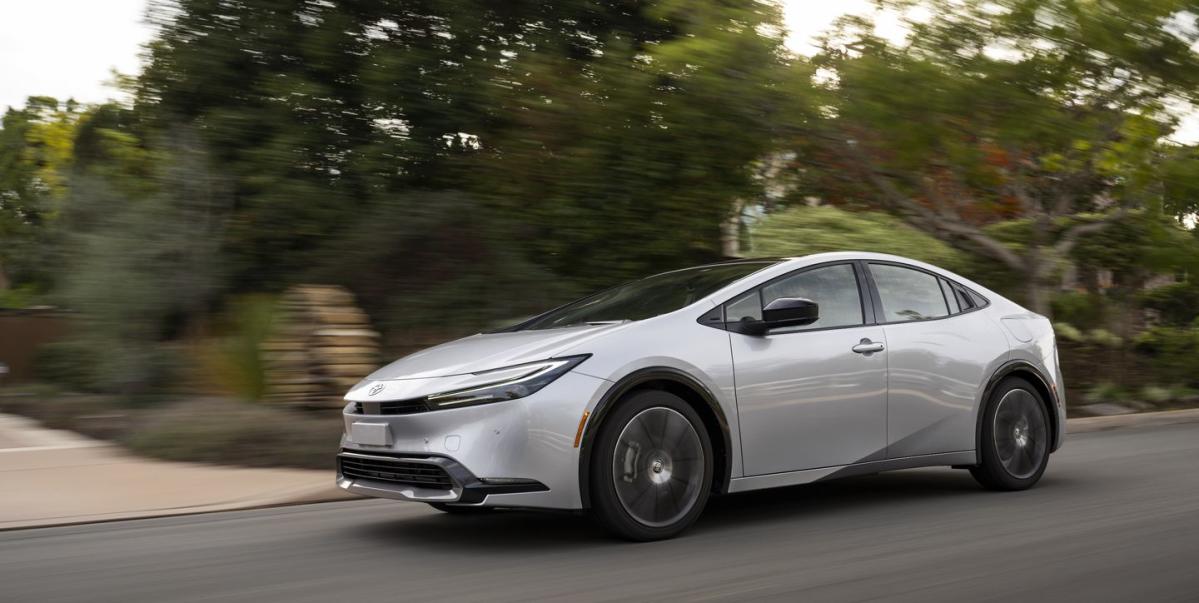 When Toyota revealed the design of the new Prius, we were hopeful. For the first time, the Prius looks athletic, not dorky. Thanks for checking numbers from our friends Car and DriverWe now know it can back up those looks

The new one hit 60 in 7.1 seconds during C/D’s instrumented testing, a full 3.4 seconds less than the last Prius did to accomplish the same task. Credit the new 2.0-litre engine, which replaces the outgoing 1.8, and the upgraded motor and battery. Total output for the system increases from 121 hp to 194 hp.

Opt for all-wheel drive and the Prius gets an extra 2 hp and some more traction off the line. We don’t have numbers yet for the all-wheel-drive model, but it’s likely to cross into the high six-second range. The latter took more than 10 seconds to reach 60, so the generational change has been kind to the Prius. It’s gone from slow eighties hatchback to acceptably quick for a family hauler. Internal-combustion mainstream sedan buyers won’t feel like they’re getting a downgrade.

Those still unsatisfied with the Prius’ Civic C-like output needn’t turn their backs on the brand entirely. A plug-in hybrid Prius Prime coming with 220 hp, promises a 0-60 sprint in the low six-second range. It wasn’t that long ago that those were hot hatch numbers. With Toyota reliability and plug-in hybrid fuel economy in one package, it’s hard to complain about that.