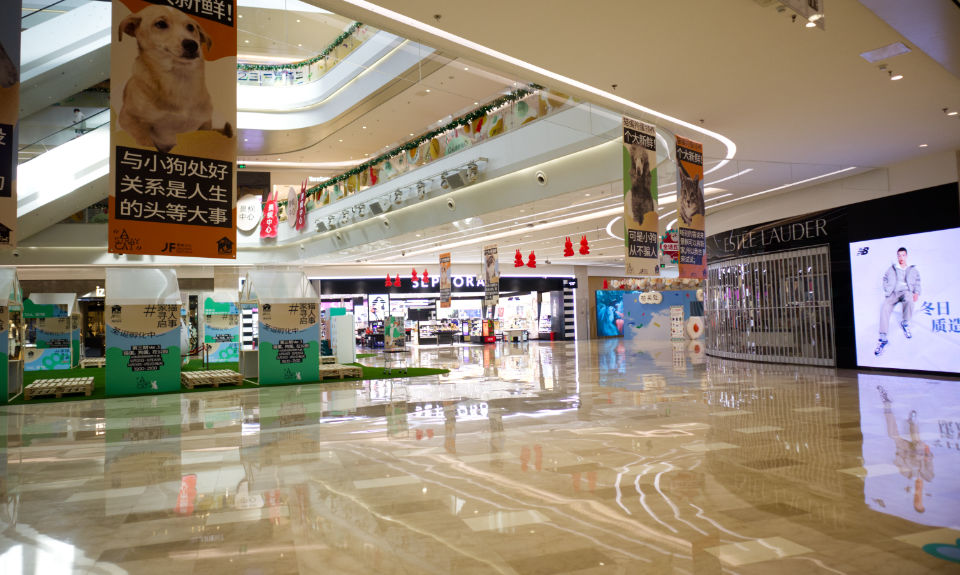 Suppose shopping centers can think. Although they may be able to think of a lot of money, supermarkets all over China in recent days have to think about whether this year is the last Noel, not one stock can be filled, not one song can be sung.

As a way to measure the level of “staying at home” this holiday season, Nanjinger yesterday, December 23rd, just went down to Kingmo in Jiangning Province of our city at lunch time.

Normally, this mecca to shoppers gets busy from opening to closing, but as we took the line up from the underground car park, luckily this would not be the case today. The endless wait for promotion had become a thing of the past.

A lone teenager with short dyed white hair was spotted as the only employee present at Sephora. Since there were no customers, some employees had come out of their shops to talk to the security guards.

Outside, the new Baker & Spice now occupying the space vacated by bankrupt Element Fresh, and Blue Frog, decided it wasn’t worth opening their doors.

However, at last there was life. Living life. At B1, a decent-sized crowd jostled and queued for an enticing promotion run by Modern China Tea Shop.

But everywhere else, like the festival favorite version of Wham! endlessly from the mall’s public address system, the overwhelming thought was that this really could be the Last Christmas.