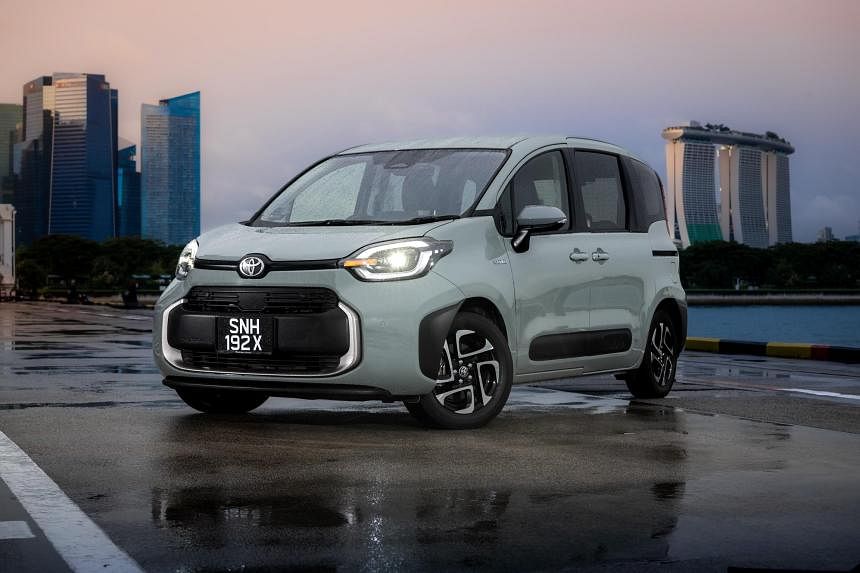 SINGAPORE – The race couldn’t be closer for this year’s edition of The Straits Times Car of the Year.

The two cars from the same brand tied for the top spot with 276 points after a panel of 10 judges voted. In the end, the Toyota Sienta Hybrid, a 1.5-liter subcompact seven-seater, edged out its stablemate — the bZ4X electric crossover — by an extra point after a tie-breaker round of voting.

The relatively modest car beat eight other shortlisted models to win the coveted prize. All other cars cost more than the Sienta’s starting price of $158,488.

The Kia Niro Hybrid is third with 273 points.

It is the first time a Japanese mass-market model has won the top accolade since the eighth-generation Honda Civic ST was named Car of the Year in 2006.

The third generation Sienta is a worthy winner. It excels in efficiency when compared to its peers, and knocks the competition out of the park when it comes to practicality and value for money.

Built on a new platform, the new car is much more refined than its predecessor. It is better built and packs more features onboard. With a drivetrain that’s subdued but coherent, smooth and responsive, it’s notably more drivable.

Freelance writer Lin Tan, one of the judges, said: “It’s impossible to credit Sienta for addressing the essence of a realistic family run so well. The icing on the cake is the price. It’s great value for money, especially with current car prices.”

Neurologist Kong Yongyao added: “Sienta is amazing. I could live with this car all day, all month, all year. Visibility is brilliant, and it’s compact and easy to maneuver. It’s too little not to love.”

This year’s award is the 20th installment since its inception in 2003. The first was won by the first-generation Volvo XC90 seven-seat sport-utility vehicle.

As before, all new models launched by authorized agents in the 12 months between mid-November 2021 and mid-November 2022 were considered for the shortlist. Contestants must bid no more than $750,000.