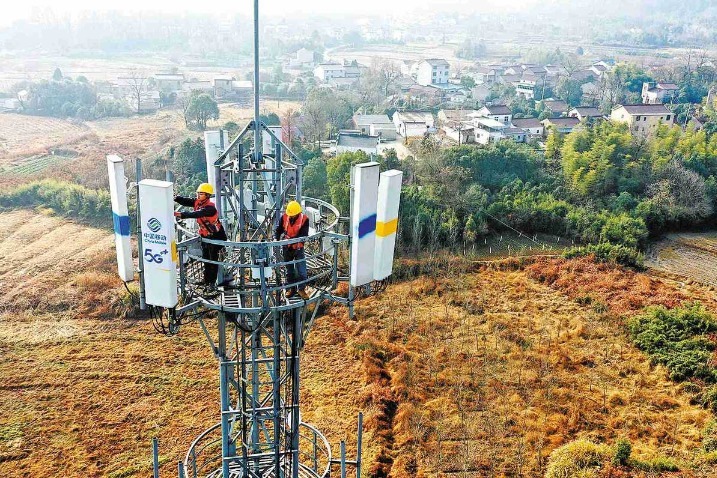 “This is the first cross-sectoral collaboration between quantum computing and the telecommunications industry in China, which has great value in exploring potential applications of quantum computing in big data and building and optimizing complex networks in the field of mobile communications,” said Guo Guoping, Professor of Quantum Computing at the University of Science and Technology of China and Chief Scientist at Origin Quantum.

Under the terms of the agreement, Origin Quantum, based in Hefei, Anhui province, will provide quantum communication algorithms based on verifications by its superconducting quantum computer, OriginQ Wuyuan, to help overcome the computational bottlenecks of 5G and 6G.

In the future, 6G will require even more computing power than 5G. It will be necessary to adopt new technologies such as quantum computing to solve this challenge, Cui said.

Quantum computers are widely regarded as one of the most disruptive technologies due to their ability to exploit the laws of quantum mechanics and solve calculations that are too complex for even the most powerful conventional supercomputers.

China Mobile’s Cui said, “We hope to explore the possibility of applying quantum computing to enable network optimization, network autonomy, network security and the metaverse, and we hope to solve the (computing) bottlenecks for the development of a future network.” .”

Han Jian, head of the secretariat of the Quantum Computing Committee of the China Institute of Communications, said China has more than 1.3 billion phone users, and using quantum computing to process telecom data is a new area that is becoming a multi-billion-dollar market could grow up.

According to a report by global consulting firm McKinsey & Co., quantum computing will be conservatively valued at up to $700 billion by 2035 for industries like pharmaceuticals, chemicals, automotive and finance.

China said in its 14th Five-Year Plan (2021-25) that it will accelerate breakthrough scientific and technological blueprints such as quantum computing and quantum communications.

Internationally, US technology companies such as Google, IBM and Microsoft are accelerating steps towards the development of quantum computing platforms. Chinese tech heavyweights like Alibaba, Baidu, and Tencent have also entered the quantum computing sector.