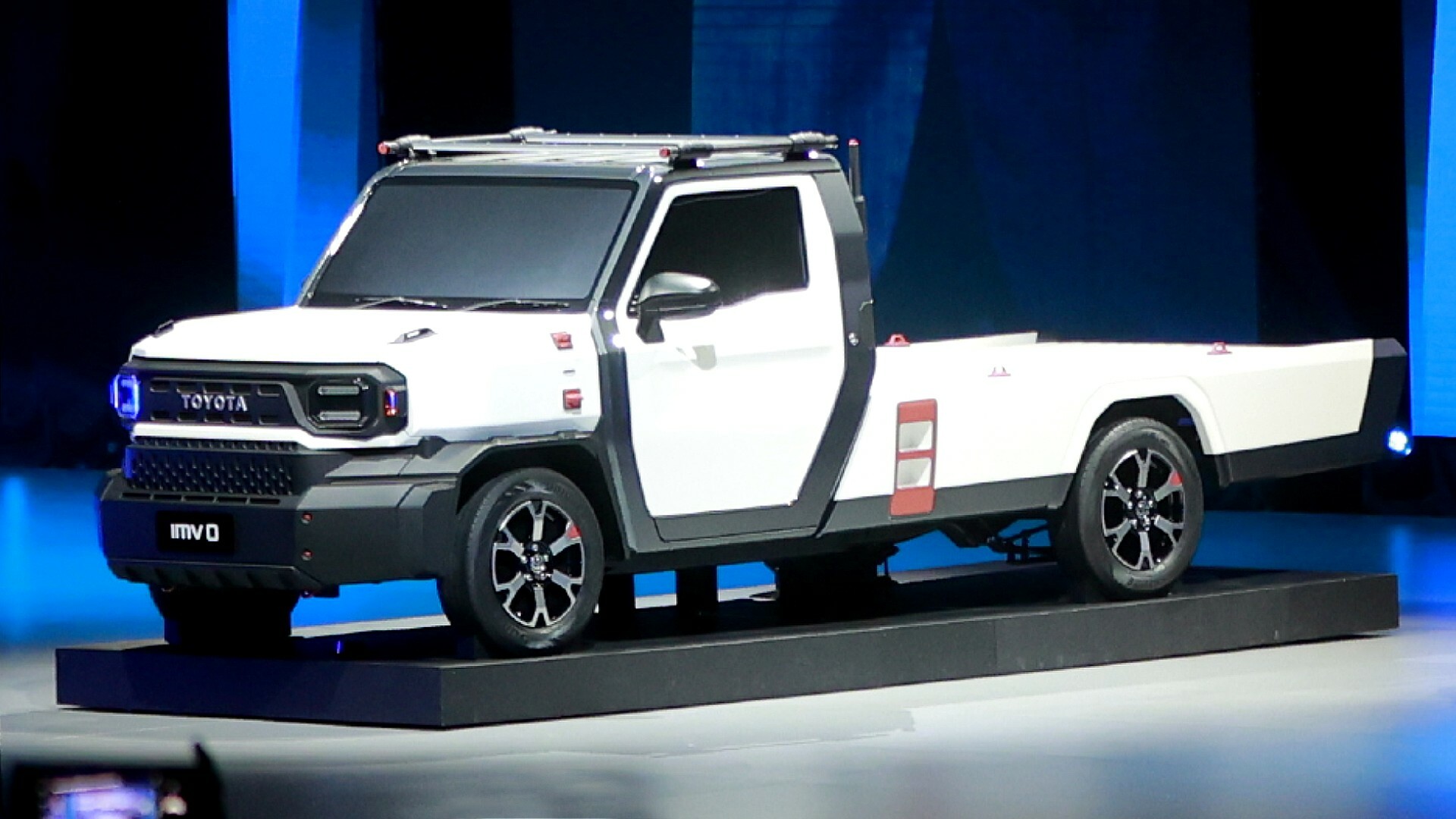 The new model is likely to be based on the IMV ladder-frame architecture that also underpins the Toyota Hilux.

During Toyota’s 60th anniversary celebrations in Thailand, the automaker showcased the Hilux Revo BEV concept as well as a mystery pickup. The IMV 0 concept, focused on affordability and modularity, previews a global production model that is “more than a year away,” according to Toyota’s president.

Speaking about IMV 0, Akio Toyoda said: “I truly believe this is a product that can improve the quality of life of many people and provide new economic opportunities”. He described the upcoming pickup as an “innovative” product “designed to support economic growth and mobility for all”. He also revealed that the design team behind the concept “spent many months in the field, observing the lifestyles and needs of potential owners” to come up with this result.

The exterior design of the IMV 0 bears some similarities to the Urban Cruiser EV concept – especially at the front. The modern-style bumper and upper trim have plenty of colorless plastic that surrounds the LED headlights and grille. Other highlights include bulged fenders, bonnet handles, numerous mounting points, modular roof rails, and black trim around the opposite doors with white bodywork.

At the back, the rear bed is much longer than the single-cab body, ready to host any type of attachment and features integrated steps. We assume that Toyota can offer a variety of pickups to suit the different needs of professionals. The blacked-out windows suggest this is likely a still prototype, though the overall design doesn’t look too far from production judging by the budget-friendly features, including small-diameter alloy wheels and conventional mirrors.

The concept’s name IMV 0 is likely a reference to Toyota’s IMV (Innovative International Multi-Purpose Vehicle) ladder-frame architecture that was introduced in 2004. This platform underpins several production vehicles including the Hilux pickup, Fortuner SUV and the Innova. MPV, so an improved version can be used for this new model.

The company hasn’t revealed the IMV 0’s powertrain type, but the front end and Akio Toyoda’s comments suggest it’s not an EV. Toyota’s president reiterated his belief in BEVs as “not the only way to achieve the world’s carbon neutrality goal”. In line with Toyota’s strategy, he mentioned “emission-free synthetic fuels and hydrogen” as alternative options to be pursued alongside BEVs in the future. So, there is a high possibility of a combustion engine hiding under the IMV 0’s short bonnet, making it more suitable for markets like Thailand.

We’ll know more about the upcoming production version of the Toyota IMV 0 in the near future, as a possible 2024 market launch means development is underway. Until then, check out some photos from Toyota Motors Thailand’s 60th anniversary event held in Bangkok.