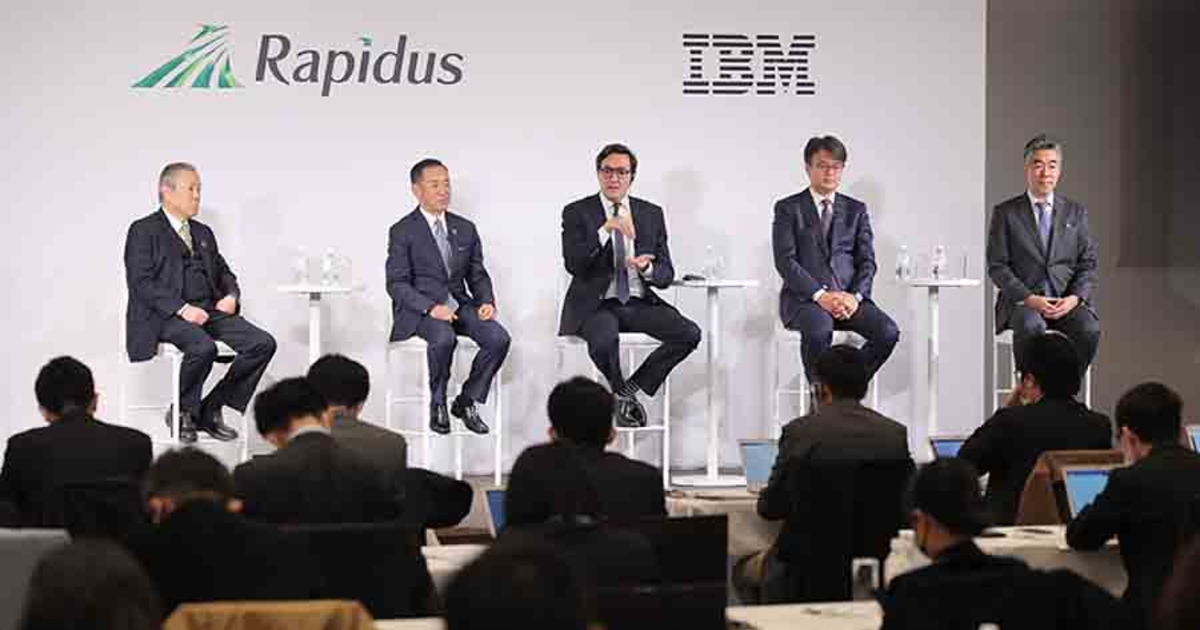 At the same time, companies are seeking to secure alternative sourcing of advanced chips as they seek to decouple their operations from Chinese suppliers for logistical and geopolitical reasons.

But making progress on the microchip front is extremely expensive.

In February, Denso and Sony said they would take minority stakes in a semiconductor plant being built in the southern Japanese prefecture of Kumamoto. The $8.6 billion plant is majority owned by Taiwan’s TSMC, one of the world’s leading chip makers. It will begin production in 2024, which will help stabilize supply to Japanese companies.

Rapidus builds on ongoing US and Japanese joint research collaborations, and has been pitched by Tokyo as a way to bring the Japanese industry back into contention as a global leader in semiconductors.

“Next-generation semiconductors are a key technology that will bring major innovations,” Japan’s Ministry of Economy, Trade and Industry said of Rapidas, citing the promise of quantum technology and artificial intelligence. “Japan’s academia and industries will work holistically while collaborating with research institutions and industries overseas to strengthen the competitiveness of Japanese semiconductor-related industries.”

In 2021, IBM said it had developed the world’s first 2-nanometer node chip, which is projected to achieve 45 percent better performance and 75 percent more energy efficiency than today’s 7-nanometer chips.

Analysts say the ability to develop 2-nanometer technology is dominated by a small field of global players led by IBM, Intel, Samsung and TSMC.

Rapidus aims to build on IBM’s core technology and implement it in a fab plant in Japan. Mass production is expected to begin in the second half of the 2020s.

Toyota, Denso and other partners have agreed to invest ¥7.3 billion ($53.4 million) in Rapidus so far.