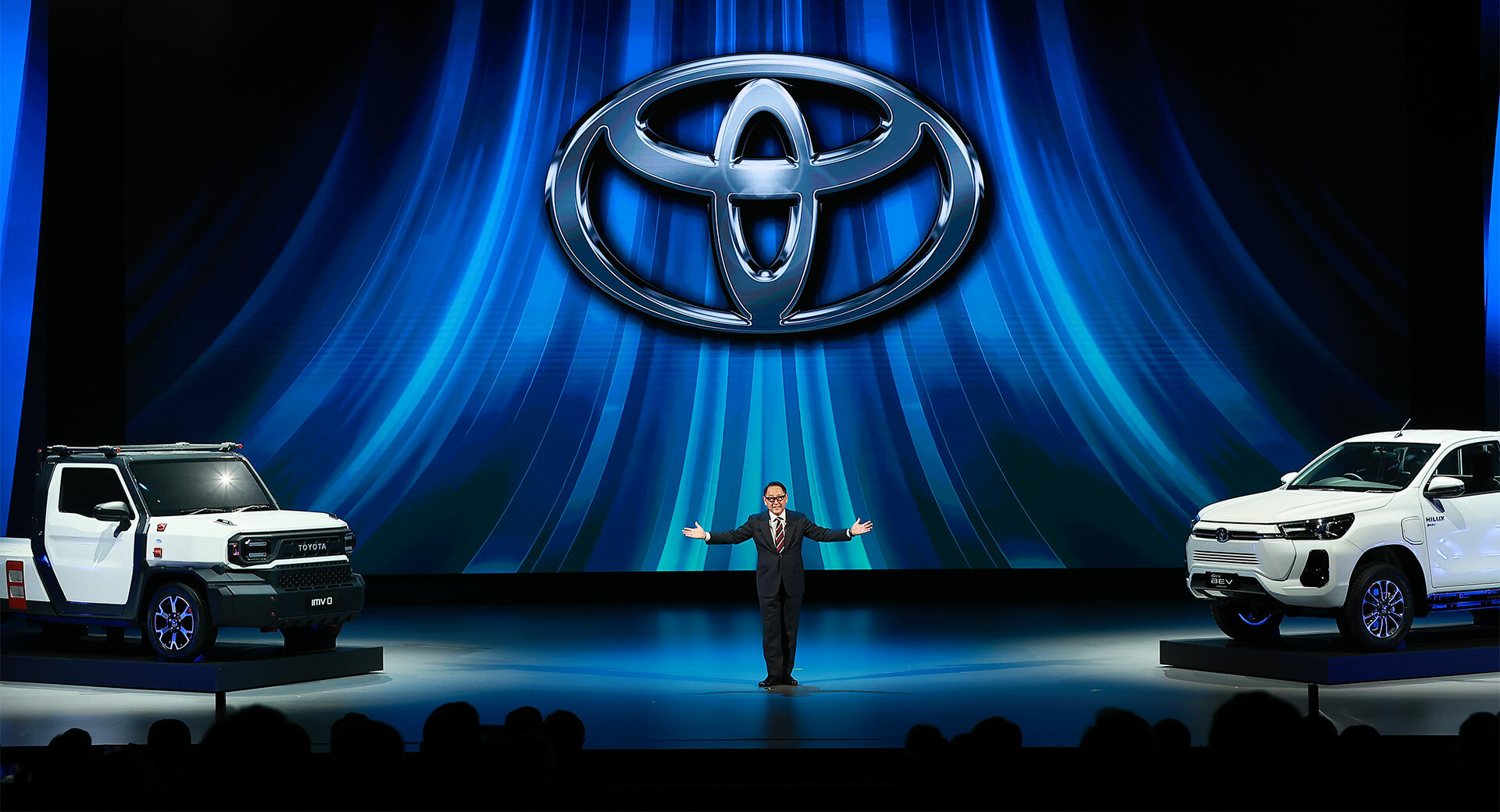 Toyota has unveiled an attractive all-electric pickup truck in Thailand, based around the current-generation Hilux and showcased at an event celebrating the brand’s 60th anniversary in the country.

The car is called Hilux Revo BEV Concept but unfortunately, the technical specifications about it are not known yet. What we can say for sure is that it is based around the combustion-powered Hilux but has undergone several styling changes to set it apart.

These changes are most visible at the front end where Toyota has designed a closed-off grille for the pickup and installed a prominent charging port in the passenger-side front quarter panel.

Toyota CEO Akio Toyoda gave a lengthy speech during the event in Thailand where the Hilux Revo BEV concept was launched. He did not say if or when the car would make a production model but reiterated his belief that Toyota can achieve carbon neutrality with hybrid, plug-in hybrid, battery-electric and fuel cell vehicles.

Toyoda added that at least some development for the electric Hilux was done in Thailand.

While you might not expect Toyota to debut an important vehicle like an electric pickup in Thailand, the truth is that the Southeast Asian country absolutely loves pickup trucks. In fact, the Isuzu D-Max is the best-selling new car in the country, ahead of the existing Toyota Hilux, Honda City, Toyota Yaris, Ford Ranger and Toyota Corolla.