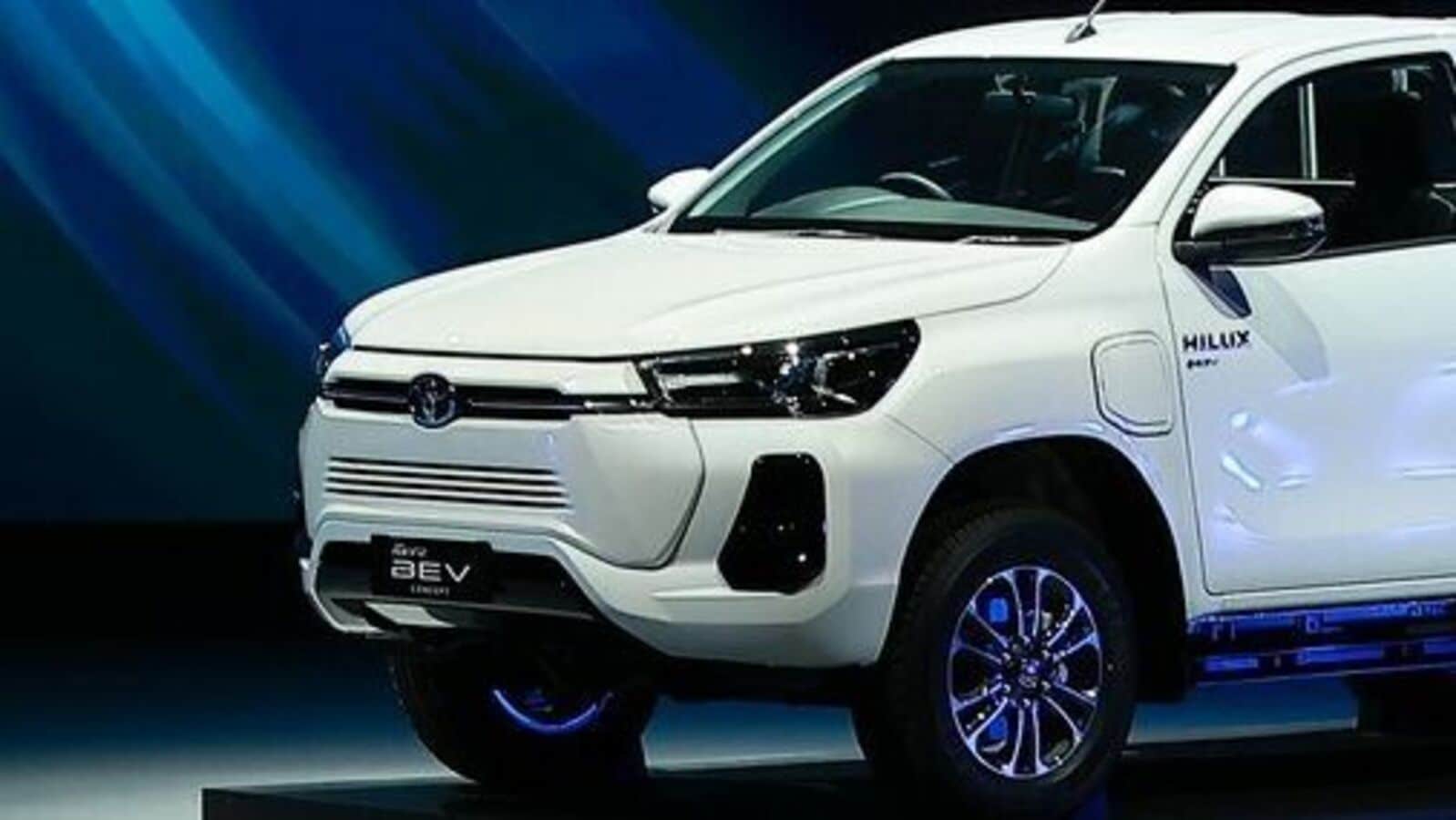 Toyota recently unveiled an all-electric iteration of its wildly popular Hilux pickup truck. Shown in concept form in Thailand, the Hilux Revo BEV concept is based around the current-generation internal combustion engine-powered Hilux pickup truck and was showcased at an event celebrating the Japanese automaker’s 60th anniversary in the Southeast Asian country. Although the design of the electric pickup has been clearly previewed by the Concept EV, no technical information has been released so far.

Also read: This electric Toyota Camry is built for NASCAR, but not for racing

Being a battery-electric vehicle, the Hilux Revo BEV Concept features a large number of styling changes, making the concept stand out. The most prominent changes include a closed-off front grille and a charging port on the passenger side of the front quarter panel. The headlamps come sporting the same styling as the ICE-powered version of the pickup truck They get LED units and LED daytime running lights. It also gets a black fog lamp cluster and larger alloy wheels.

The automaker revealed that at least some development for the electric Hilux was done in Thailand. However, it has not revealed any details about the production or launch plans of this EV. However, the Japanese car brand stressed that it is confident of achieving carbon neutrality with a range of hybrid, plug-in hybrid, battery-electric and hydrogen fuel cell vehicles.

Interestingly, Toyota has launched the Hilux pickup truck in India. The automaker is mulling plans to bring electric cars to India in the near future. It will be interesting to see if the automaker brings an electric iteration of the pickup here.