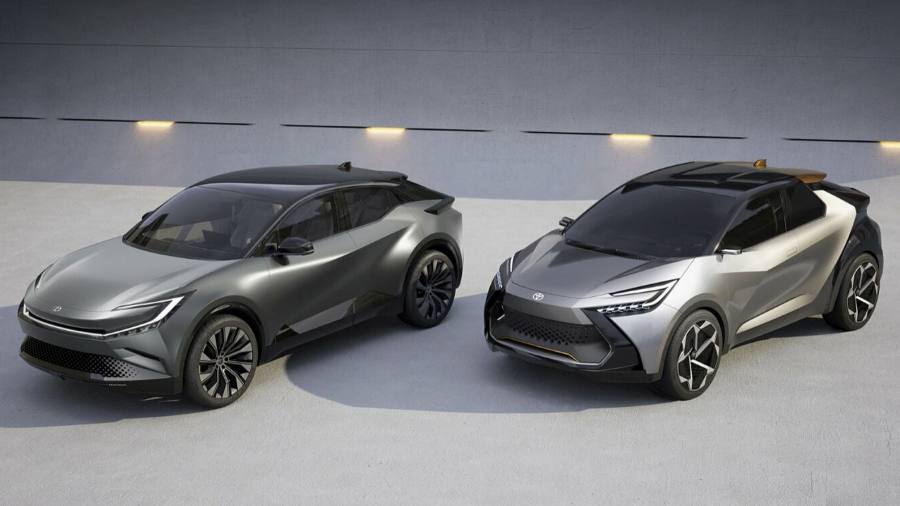 Toyota will launch six electric models in Europe by 2026 and begin UK trials converting pick-up trucks to run on hydrogen, as the Japanese carmaker plans to meet tougher emissions rules later this decade.

The group has led the way in reducing carbon dioxide emissions thanks to its early use of hybrid technology but is rolling out battery-only vehicles as Europe prepares to phase out sales of any petrol or diesel models by 2035.

It will release five new cars following its first model, the bZ4X, before 2026, although it does not expect to start producing electric vehicles in Europe until later in the decade because sales will not initially support the investment.

Toyota expects battery electric vehicles to account for 10 percent of its sales in the region by 2025, rising to about 80 percent by 2030.

“Eco-friendly cars can only contribute to the environment if they are popularized,” said Matthew Harrison, Toyota’s European president.

“And from that perspective, our range of hybrid and plug-in hybrid vehicles plays an important role.”

Its plans include assembling batteries for the new plug-in hybrid C-HR vehicle in Europe and a trial run in the UK to retrofit Hilux pick-up trucks to run on hydrogen.

The project will be carried out at the Barnston plant in Derby, which manufactures the Toyota Corolla.

While rivals including Stellantis and Ford have pledged to sell only zero-emission cars in the region by 2030, Toyota wants to keep sales of hybrid and hydrogen cars an option.

It argues that not every country will be able to accommodate electric vehicles due to electricity networks or capacity.

“Across the world, more than 1 billion people do not have access to an adequate electricity supply due to a lack of infrastructure,” said Akio Toyoda, chief executive of Toyota.

Although electric cars “are a satisfactory answer in Europe and increasingly in the US . . . they are not yet an answer everywhere, nor are they yet affordable for everyone”.

Even within Europe, automakers will be forced to sell electric cars too quickly in some markets or face penalties.

The UK, where Toyota has two manufacturing plants, is trying to toughen up carmakers by introducing China-style sales mandates from 2024.

The UK has not yet ruled on how it will treat hybrids in its calculations, and Toyota in particular, which use engines and batteries at the same time.

Harrison said the mandate was helpful in encouraging the charging industry to invest by guaranteeing a certain sales level, which he said would spur the spending needed to grow the network.

“I think it’s for the government to put a gun to the head of the infrastructure companies and say, ‘You know what the amount is guaranteed to be, so go ahead with putting this infrastructure in place’.“

The car industry is in a stand-off with charging providers, saying motorists are putting off buying electric vehicles because of a lack of charging points. 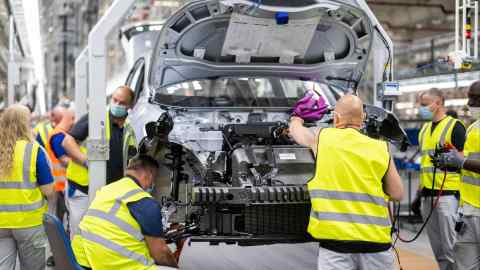 But Harrison added that forcing carmakers to sell a fixed quota of pure electric models before 2025 was “punishing” businesses that favored hybrids rather than pursuing electric vehicles.

At an event to showcase the new model, Toyota’s chief scientist, Gil Pratt, warned that the limited global supply of lithium would drive up the price of electric cars.

He argued that using limited lithium resources for small batteries in large numbers of hybrids would sell a handful of electric cars and lower overall emissions faster than leaving the rest with traditional engines.