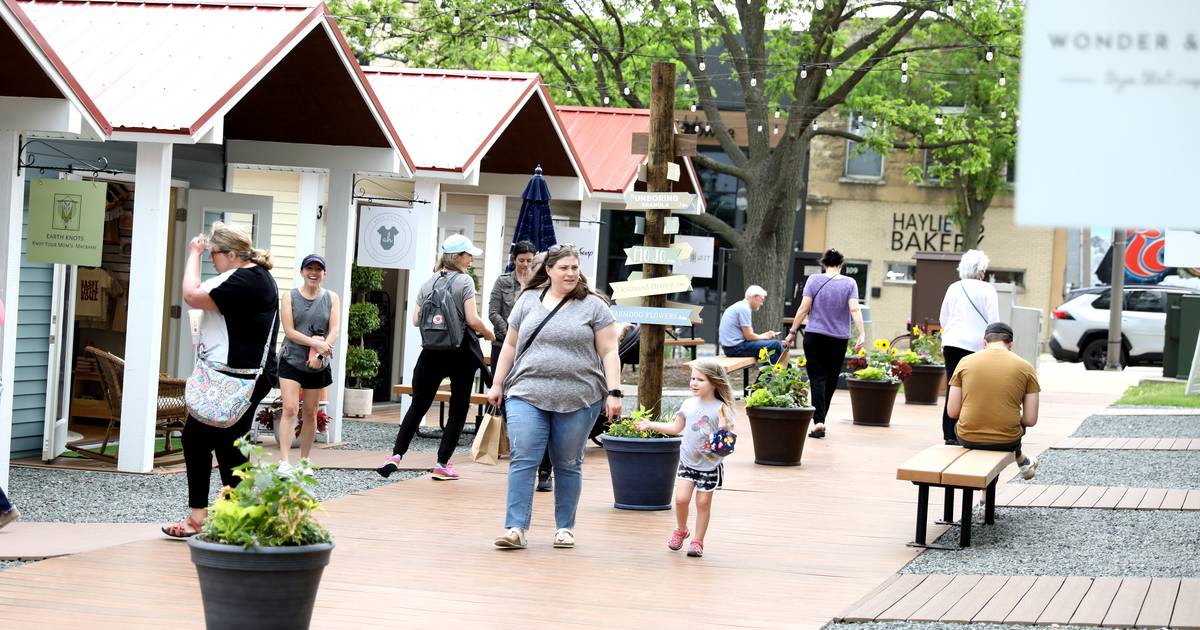 An outdoor shopping center planned for completion north of Mill Street in Utica is expected to be delayed by several months.

Although Springfield offered Utica a similar grant earlier this year, Mayor David Stewart reported that the town is awaiting a grant agreement. That is expected to come in the first half of 2023. Engineering work and bids will follow.

“The timeline will be pushed back a little bit,” said Stewart, expressing a finger-crossing intention to open the stadium with the Burgoo Festival next October.

Grant funds will be used to build a plaza (working title: The Shoppes at Mill Street Market) for mobile stores on the northwest edge of the city. The parcel was flattened by a 2004 hurricane and would-be developers were scared off by Clark’s Run to the north which was prone to flooding. Several proposals for brick and mortar construction did not materialize.

The village’s response was to erect seasonal, portable floors that could be removed in case of flooding. The town proposes to own the portable buildings and rent them to vendors from May to December. The project is modeled after outdoor retail plazas in Batavia and Muskegon, Michigan.