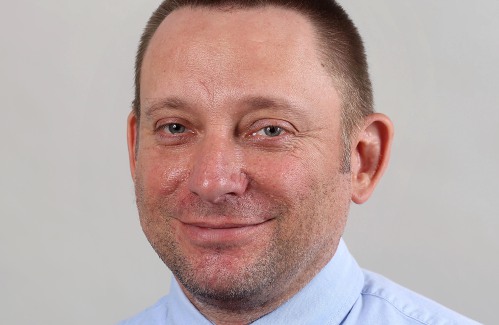 Maybe it’s because the Christmas holidays fall on a weekend, but the next few days are as full of events as one could hope for. All the clichés about presents under the tree apply.

So rather than writing a lot about one topic, it seems better to write a little about a lot of them, some holiday related, some not.

It wasn’t that long ago that it would have been uncommon for an artist in any field to rise to national or global prominence from their Upper Valley roots.

It worked the other way around: prominent artists moved here, bringing their talent and prestige. This model has been common at least since Augustus Saint-Gaudens began spending summers in Cornwall in 1885 and saw the Cornish Colony being built around him.

Waves of artists and writers followed. JD Salinger in the 1950s, George Tooker in the 1960s, Jean Merrill and Ronni Solbert, who wrote and illustrated, respectively, Pushkart War, among other children’s books, in the 1960s, Grace Paley in the 1970s. These are the most prominent names I can think of off the top of my head. There were, of course, dozens more, many of them recent arrivals, who founded or taught some of the Upper Valley’s permanent arts institutions.

Now, it is no longer a one-way street; The Upper Valley is sending artists out into the world. Songwriter Nico Muhly comes to mind, who grew up mostly in Orange County, though there are many others, including most recently Hanover and Strafford singer Noah Kahan.

Perhaps it’s a sign of the times, but the growth of Upper Valley artists working in the mainstream medium of our time seems particularly strong. Cinematographer and director Reed Morano is from Hanover, and in recent months has brought new films from Julian Higgins (director and screenwriter). God’s People) and Jake Crane (writer Devotion) to Upper Valley movie theaters.

All this is a roundabout way of saying that an aspiring filmmaker like Martin Silver-Van Meter is not an outsider. A 2018 graduate of Thetford Academy, Silver-Van Meter is about to finish film school at New York University and is preparing to shoot a short film in New York this spring. On Saturday evening from 16:00 to 19:00 in the library of Thetford Academy a film launch party, XX. A coming-of-age story set in mid-20th century Manhattan. Silver-Van Meter and the film’s production company will be there. The event is free and open to the public, but film pre-production involves funding, so bring a checkbook if you want to chip in.

Silver-Van Meter’s career was launched by TA’s theater program and JAM (fka CATV), which hosts film slams and other events for teenage filmmakers.

Also on Saturday, Woodstock’s Billings Farm and Museum puts on a performance Return Anytime, a documentary about Masamoto Ueda and his wife, Kazuko, who have run the hatbox-sized Tokyo ramen shop Vizentei for 40 years. The 81-minute film, directed by John Daschbach of Hanover, will be screened at 3 p.m., followed by a panel discussion between filmmaker Jay Craven and relentless internet self-promoter and Hartford Selectboard member Rocket. For tickets ($15, $12 for museum members), go to billingsfarm.org/filmseries.

Arts supporters in Claremont have been working to expand what the city has to offer. To see an example of the fruits of that labor, head to the former Claremont National Bank building at 56 Opera House Square from 3:30 to 5 Thursday (December 15) for an announcement of progress on the building’s conversion to Claremont. Creative Center The Claremont Development Authority and the West Claremont Center for the Arts have partnered to renovate the building to become a venue for performances, music lessons, workshops and other creative endeavors. It also has a door to the 775-seat Claremont Opera House, which will facilitate collaboration.

Thursday’s events will include entertainment by students from the West Claremont Center for the Arts and a project update inside City Hall.

BarnArts will hold its 12th Annual Winter Carols on Friday at 7:00 pm at the First Universalist Church and Society in Barnard. BarnArts Chorale and BarnArts Youth will perform, as well as Michael Zsoldos and Stephen Stuntz and Trifolium. The choir will also lead a street sing-along on Saturday at 2pm on Woodstock Green. Both events are free and open to the public.

A New England Midwinter Revels, an annual celebration of light in the winter darkness, takes place Friday through Sunday at the Lebanon Opera House. This year’s installment promises stories about New England and the Abenaki tradition. For tickets ($12-$27) go to lebanonoperahouse.org or call 603-448-0400.

If you’re looking for a classy holiday celebration, the Main Street Museum in White River Junction has you covered. On Saturday afternoon, go to Bridge St. to 58, A Very Merry Museum Holiday Variety Extravaganza!, which scores very modestly with only one exclamation mark.

The Western Terrestrials, fronted by Nick Charyk’s outer space country band, also features a great evening of entertainment including the Eastridge family of musicians, Magellan Helm and Coco Fox, Happy Billiaus, Chris Rosenquest of The Pilgrims and more. Attendees are also invited to bring a ukulele to participate in the “Upper Valley’s Largest Ukulele Concert.” The shindig starts at 7 and ends sometime before Santa comes down the chimney. As always, admission is by donation, although no one is excluded.

For a more traditional Christmas celebration, the Upper Valley Music Center will hold its annual Messiah Sing Sunday evening from 3:30 to 5:30 at the First Congregational Church in Lebanon. Music Center students will sing solos accompanied by a chorus and orchestra of students, faculty and community members. Suggested donation is $20. Organizers plan to limit capacity in the church and ask people to wear masks. For more information, go to uvmusic.org/event/messiah-sing.